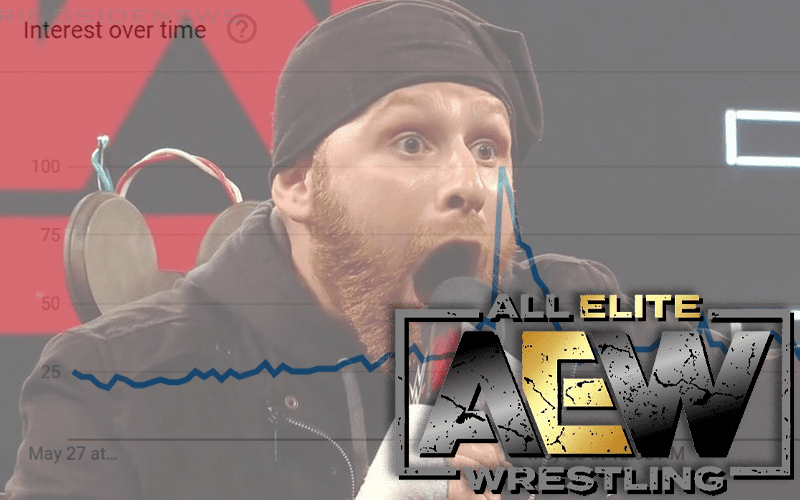 Sami Zayn mentioned AEW on RAW last. It turns out that this mention to the WWE Universe might have actually clued people in that there is another legit contender for their attention.

Believe it or not, but a lot of people hadn’t heard of AEW until Monday night when Sami Zayn mentioned AEW live on the USA Network. It was due to this that WWE has to change any future Electric Chair segments as well.

Bryan Alvarez had a caller on Wrestling Observer Live note that when Sami Zayn said AEW on WWE television that their Google trend skyrocketed. We did a little digging and wouldn’t you know? That’s exactly what happened.

As you can see from the charts below, when Sami Zayn said AEW on WWE Raw it caused a ton of people to search for AEW. That only helped the new company so The Young Bucks’ reaction to Sami Zayn’s mention makes even more sense.

Because whoever’s idea it was to mention AEW on WWE television deserves a “thank you” fruit basket from The Elite.