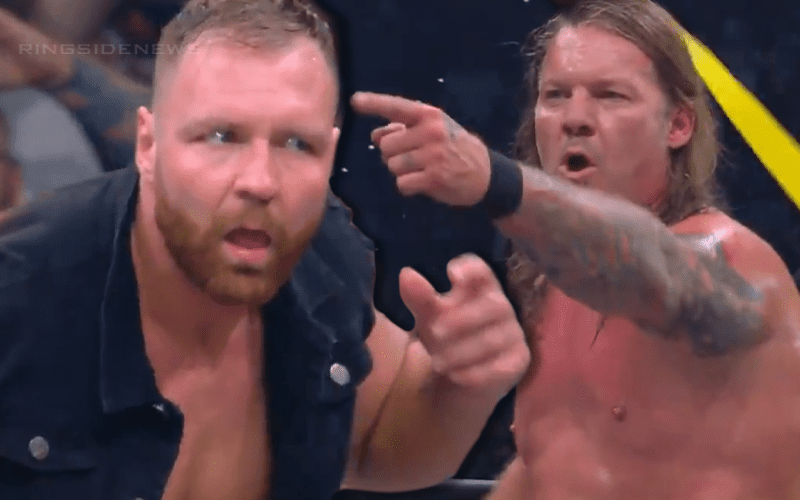 Chris Jericho was not happy at all when AEW Double Or Nothing was over. He might have won the main event match, but he didn’t receive any kind of thank you from The Elite. So he refused to work Starrcast the next day.

Despite Jericho’s refusal Starrcast still had a pretty clever stand-in for Y2J. This didn’t seem to help his status with some fans because although they likely understood that this was all part of his character branching out into the real world it didn’t change the fact they didn’t get to see Jericho at Starrcast.

One eager fan asked Jericho when Jon Moxley will be arriving on Talk Is Jericho for an episode. This was met with a very interesting response as the first-ever Undisputed Champion replied saying: “Wednesday.”

It will be incredibly interesting to hear what Moxley and Jericho have to say to each other. Their discussion could range anywhere from destroying Mitch The Plant to their frustrations with WWE.