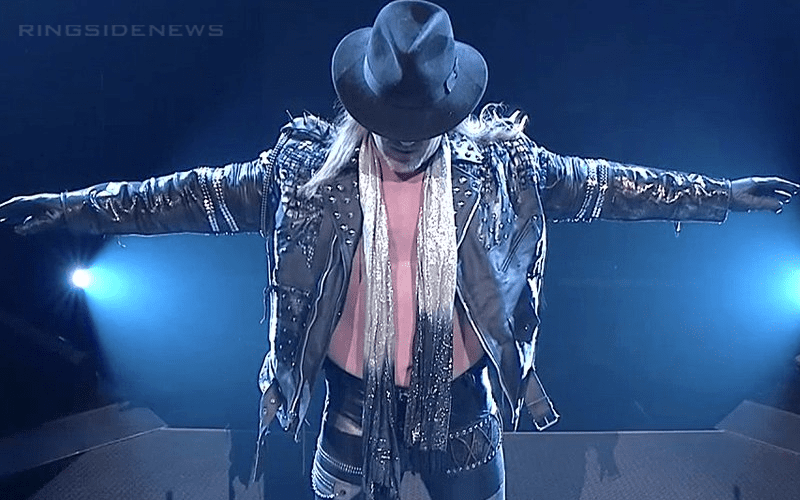 Chris Jericho worked the main event match of AEW Double Or Nothing where he defeated Kenny Omega. Now Y2J will face Hangman Page in a match to become the first-ever All Elite World Champion at a later date. However, Jericho’s entrance still has a lot of people talking as well.

While speaking at the media scrum following Double Or Nothing, Jericho revealed that his epic entrance was Cody Rhodes’ idea. They took fans though an evolution of Jericho with all of his gimmicks in a row. Then the real Jericho came out to work one of the most important matches of his career.

“I know my entrance tonight that was Cody’s idea as well so we all kinda take the lead and work on it together. It’s part of wresting and it’s something that Cody understands and all of us do that the pomp and circumstance of wrestling is sometimes the best part. Throw in some great matches and some great stories like you saw tonight and then some athletes from another planet it seems we really have a diverse roster.”

AEW is off to a great start with Double Or Nothing. The new alternative to WWE is here and they made their mark in a big way.

Not only were they trending on a worldwide scale, but they also kept the crowd in the palm of their hands until even after the show was over. Now it is All Elite Wrestling’s goal to keep that interest and only build momentum from here.