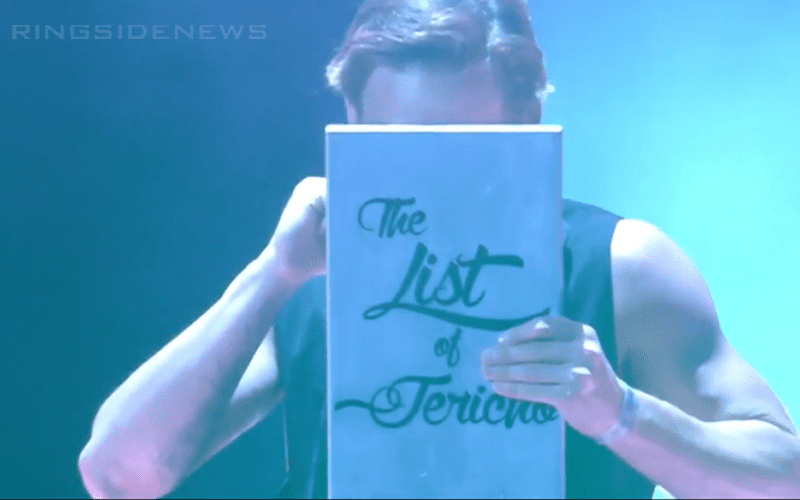 Chris Jericho has been through a lot of different gimmicks in his legendary career and he brought all of them with him to AEW Double Or Nothing.

If you would like to read our full AEW Double Or Nothing results you can click here.

Jericho faced Kenny Omega to close out the Double Or Nothing show. Before the Alpha came out, the lights went black and fans were stunned to see the same look from Jericho’s first Y2J gimmick in WWE appear on the stage.

The lights went out once more and then when they came back up there was a different look of Jericho present. This time it was a shorter haired Jericho holding a list that was likely bought at the WWE Shop.

When the lights went back off and came on again, another Jericho was standing there wearing a light-up jacket. He stood there in his signature pose and people popped big because they knew that they were getting even closer to seeing the man as he is today.

Jericho appeared as himself this time and he was looking evil. As Judas played, he struck a new pose before gearing himself up and going to war once again against Kenny Omega.

Chris Jericho is a man who has gone through a lot of evolution in his career. AEW is just another chapter in his pro wrestling journey and it was off to a great start and a goodbye to his former characters as AEW started things off. 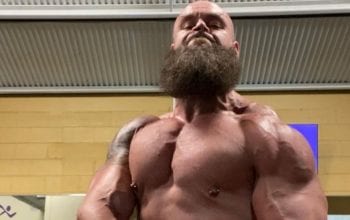