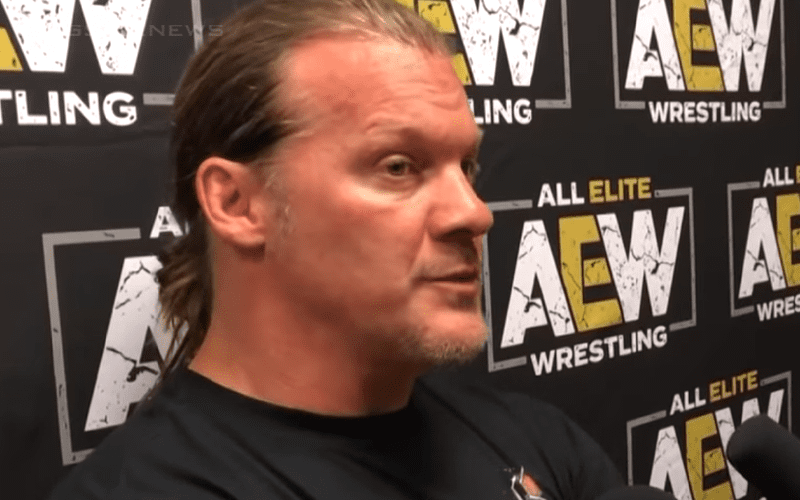 All Elite Wrestling’s first event Double Or Nothing broke the internet and slammed Ringside News in a big way. They broke a website record for most consecutive non-WWE articles in a row since our website was founded in 1999 as well.

If you want our detailed results from AEW Double Or Nothing you can click here.

Chris Jericho was very open to speak about AEW’s blockbuster of a first event during the media scrum after Double Or Nothing. He mentioned the people that they have brought in from WWE, but Y2J also praised the company for being fresh. AEW is operated by people who have a new outlook which is crucial to provide a viable alternative to WWE.

“I think the show proved a point from start to finish that AEW is a legit contender for the alternative for every other wrestling company going on in the world today. It’s fresh I think the fact that we have a brain trust of people in their 30’s and people who think like they’re in their 30’s. I know it’s a whole fresh attitude here and it’s not just me coming from WWE it’s Dean Malenko, Jon Moxley, Jim Ross, and Dustin Rhodes. All of us have the exact same attitude which is this is so exciting and so much fun because that’s what wrestling is supposed to be.”

“We are artists. We are creative people and I found in the past that there’s a lot of other people’s opinions that we shouldn’t have to deal with when it comes to putting together a show or putting together a match or putting together a character because nobody knows what’s better for my character than me. No one wants to write what I need to say because I know what to say and I think tonight showed how exciting it can be when you have a bunch of people with similar mindset and a whole kind of contingency of fans who are looking for something extra. Something of an alternative.”

“There’s nothing wrong with giving people a choice and I think now we have established that AEW gives you a choice as a pro wrestling fan.”

Hopefully, Chris Jericho can continue with AEW and see the company rise to even greater heights. Even if the company isn’t “for him” like he said in his promo after defeating Kenny Omega, it is still hard to argue that everyone involved is vital to what they were able to present last night in Las Vegas.