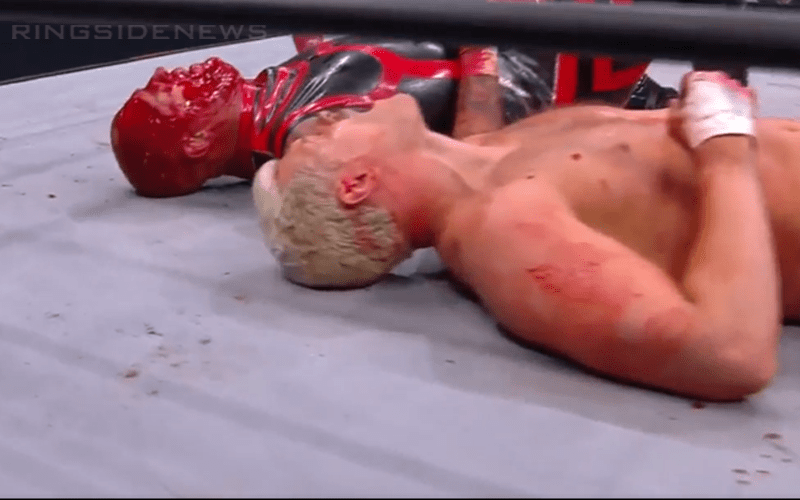 Dustin Rhodes was quick to admit that he felt “like hell” after his war at AEW Double Or Nothing, but the veteran provided another chapter to his legendary career by battling his brother Cody in such a brutal match. Now Vince McMahon better watch his ass according to Rhodes.

If you want to check out the complete Double Or Nothing results you can click here.

Dustin Rhodes said he was tired and his emotions were running like crazy, but he’s glad that his match is now over. He stood there bandaged up after bleeding like a stuck pig in the ring so much so that they had to change the entire canvas after the Rhodes Brothers’ match. However, he was more honest and free than ever to speak his mind.

Dustin Rhodes has a lot to be proud of after Double Or Nothing. They showed an unbelievable amount of passion for not only the story they were telling, but the business as a whole. It was like they were out there fighting for multiple purposes all unique to each other.

WWE might have something to worry about because the only match WWE has produced in years that could come close to rivaling that kind of intensity took place in NXT.