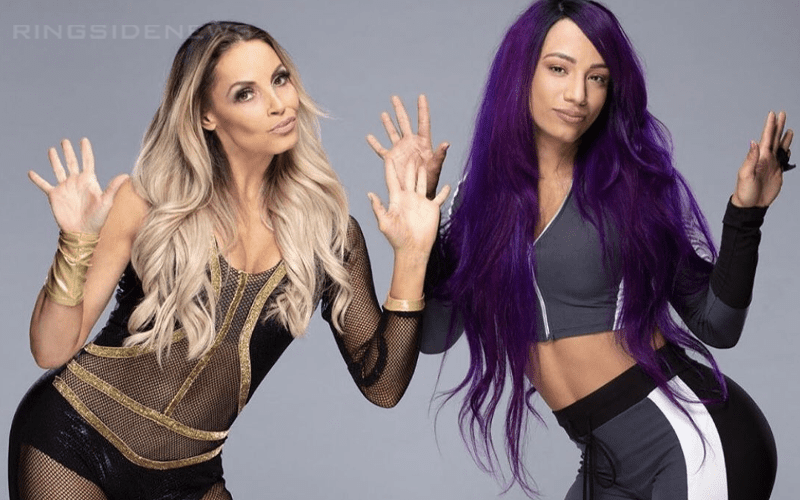 Sasha Banks is not back in WWE yet, but she’s still under contract. She was recently seen in NYC on some WWE business so that’s at least a good sign.

Trish Stratus brought a lot of attention to herself with a tweet that included a picture of her and The Boss while doing Banks’ signature pose. A lot of fans thought it was very interesting that Trish decided to post some lyrics from Sasha Banks’ theme song too.

Banks replied to this Boss pose with Trish while admitting that she’s a mark. After all, her love of pro wrestling and how it is perceived is one of the things that drives Sasha Banks to have so much passion for wrestling.

However, what really got people going was when WWE SmackDown Women’s Champion Bayley chimed in saying: “It’s time.”

People wanted to know what Bayley was talking about. This was a pretty vague tweet so it was interpreted in a lot of different ways. You can check out some of the best tweets so far below.