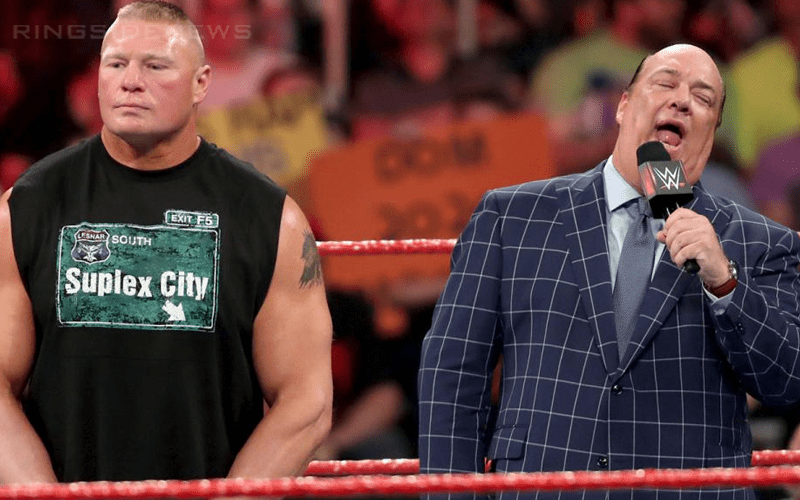 It is assumed that Lesnar will not be going for the WWE Title. It might be a smart idea to put him on top of the blue brand in preparation for SmackDown’s move to Fox, but that’s another story.

It appears that Lesnar will be facing the Universal Champion Seth Rollins. Since Lesnar is already booked for the Super ShowDown without an opponent, most are under the assumption that Lesnar will be taking on Rollins. However, you never know what can happen in WWE as Paul Heyman wrote.

Memo to @WWERollins and / or @TrueKofi (or perhaps even @HEELZiggler): Good Evening Gentlemen. My client and I have been considering all options. Here’s the one thing that’s absolutely positively GUARANTEED: @BrockLesnar is in control. That’s not a prediction. That’s a spoiler!

If Brock Lesnar wants to turn the WWE Title match at Super ShowDown into a triple threat match then he can certainly do that. The MITB briefcase has that power. However, a match against Rollins is something Lesnar might like as well so he can get some payback from WrestleMania.

We will have to wait and see what happens because there is no rule saying that Brock Lesnar can’t receive a title shot without needing to cash in his MITB contract.