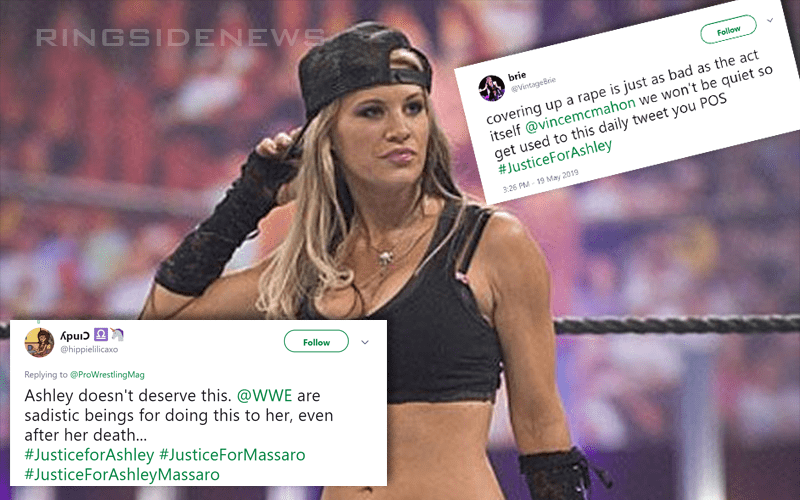 Ashley Massaro is no longer with us, but during her life she experienced a horrific event. While on a WWE trip to the Middle East to support the troops, she was allegedly raped by a member of the US Military.

This story broke as an affidavit from an on-going lawsuit detailed the chilling story. In this statement from Massaro in her own words Vince McMahon told her that it would be best if she didn’t speak about this to anyone because they didn’t want to spoil the relationship between WWE and the Military and all of the good they are doing.

Since the story broke, the IWC has started using #JusticeForAshley as a way to spread the word about this story.

Fans are not happy about this recent revelation that was included in Massaro’s affidavit. WWE did say that Massaro apologized to them, which might have happened, but Ashley’s attorney has no knowledge of this email.