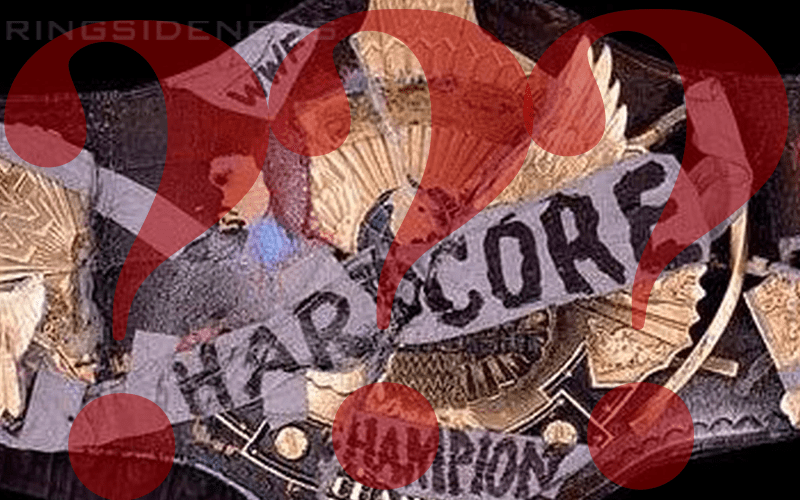 WWE has been very secretive about the new title that they pan on unveiling tonight on RAW. All we know for sure is that Mick Foley will be there to introduce it.

We have heard rumors of a return of the Hardcore Title as well as a Legends Title that will be defended in Saudi Arabia. However, it might be something totally different.

Wrestle Votes reports that the upcoming title will be like the Hardcore Title, but totally different. It will still have the aspect where it can be defended 24 hours a day, but it won’t officially be called the Hardcore Title.

Lots of rumors surrounding the new championship Mick Foley is introducing. Source says it’s not a Legends belt in anyway & not connected to Saudi Arabia. It’s not “hardcore” either, although it’s going to play off the rule where the title can be defended anywhere at anytime.

Bryan Alvarez noted on Wrestling Observer Live that when WWE has new titles commissioned the news usually breaks about that being done. However, there has been no word at all about any new title’s creation. So they could be using one they already have around.

Post Wrestling also had a similar report where the new title wouldn’t be called a Hardcore Title, but it will share many of the same aspects where a match can take place at any time or any place as long as a referee is present.

Dave Meltzer reports on F4W Online that WWE is preparing to introduce “The Wild Card Title” tonight on RAW.

It is believed the new championship will be called the Wild Card title, which can be defended at any time, and will be recognized across brands.

This is a very interesting turn of events. Let’s hope it doesn’t get too confusing.