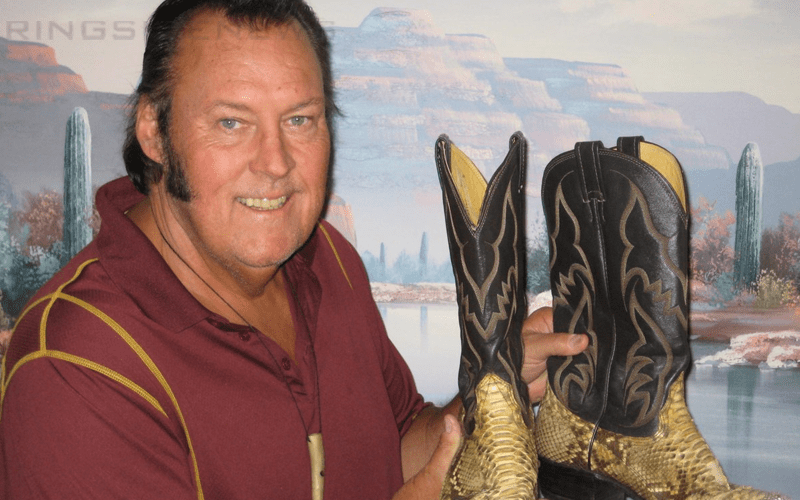 WWE Hall Of Famers sometimes have closets full of pro wrestling history. It turns out that The Honky Tonk man is willing to part with something very close to him, but it isn’t going to be cheap.

Honky Tonk Man is now selling “ring worn” boots on eBay for $5,000. There is no auction, but he does have the “Make An Offer” option available if someone is willing to haggle.

Condition is Used. These custom Snake Skin Rhinestone Toe Tip Boots have been worn by HTM 3-4 times at WWE events over the yrs. These boots were last worn at the 2019 HOF ceremony. The Toe Tips were handmade by The Alamo of Nashville by HTM Jumpsuit makers. Some of the snake skin scales came off during the performance at HOF. Real Collectors item. ONE OF A KIND! There will never be anymore.

Those boots certainly sound like one-of-a-kind, but they might be a bit pricey. Perhaps WWE didn’t pay him all that much to accept a Hall Of Fame induction, but it sounds like Honky Tonk Man needs some cash for something.

Perhaps HTM is just cleaning out his closet and figured that he would put some wrestling attire up for sale. He might be willing to hand deliver the boots as well since he is also charging $150 for shipping.