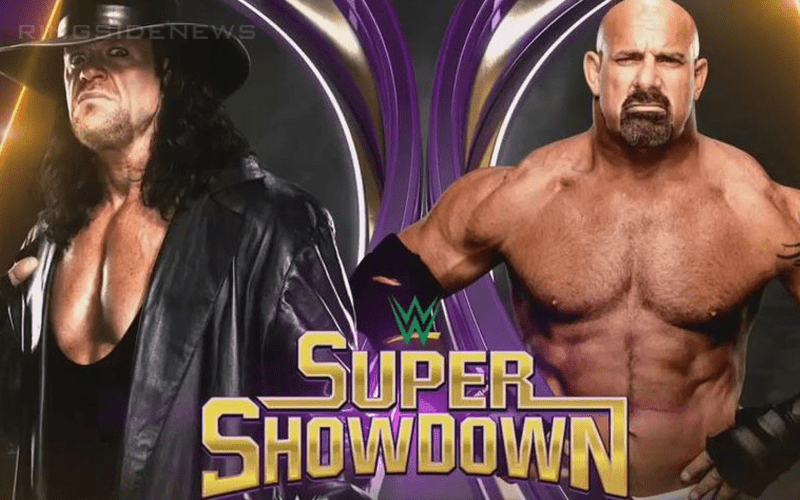 WWE is introducing another championship to the mix tonight on RAW. Even though Mick Foley is introducing this new title it doesn’t appear he will be wrestling for it.

The IWC is all title talk right now and it appears that the report of a Legends Championship might be correct. There is a big match in Saudi Arabia coming up between two legends and it very well could be for that new title.

BeltFanDan, who knows a ton about all things titles confirmed that he’s been hearing that Goldberg vs The Undertaker at the Super ShowDown event will be for a new WWE Legends Title.

This gives The Undertaker vs Goldberg something extra that the match might not have needed, but WWE is likely going to give it to us anyway. The big question is whether it will be defended because we still haven’t seen the title Braun Strowman captured by winning the Greatest Royal Rumble last year since their last event in Jeddah.