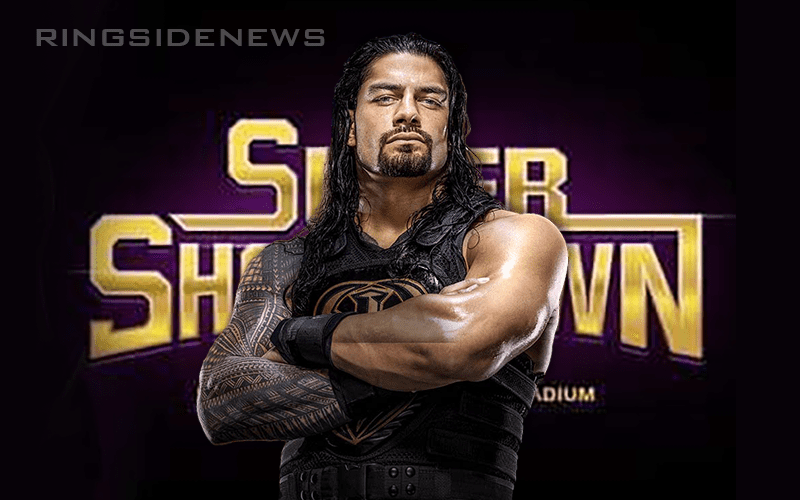 Roman Reigns told WWE that he didn’t want to go to Saudi Arabia the last time around. Then his leukemia came back and he had to take a medical hiatus so it wouldn’t have been an issue anyway. Now he is competing at Super ShowDown and he has a very important opponent.

If you want our entire RAW results you can click here for our full coverage.

Roman Reigns came out on RAW this week and he didn’t get to speak a word until Shane McMahon came out. Reigns called Shane a spoiled rich kid and their back and forth escalated from there.

McMahon confirmed that he is “done with The Miz” after Money In The Bank. Roman challenged Shane McMahon to a match and although the crowd wanted to see it, Shane said “like a spoiled rich kid” he wants things when he wants them.

Drew McIntyre came out as McMahon’s backup and then Shane accepted Roman Reigns’ challenge for a match… at Super ShowDown on June 7th in Jeddah Saudi Arabia.