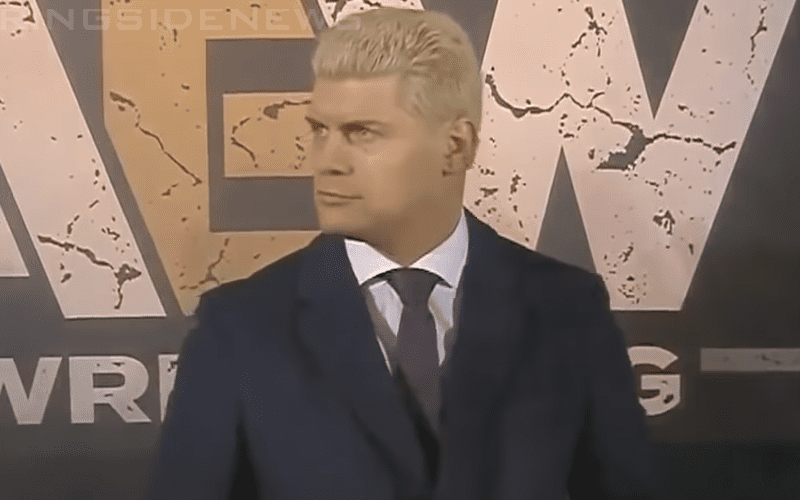 Cody Rhodes is very proud of what The Elite has been able to do so far. He has taken a pipedream and together they have all turned this into a reality. AEW will be on TNT later this year and we are all eagerly awaiting what comes next.

While speaking to Bleacher Report, Cody Rhodes proudly said that we are in the “disruption era” now. Pro wrestling is about to see a change and freedom of expression in sports entertainment might take on a whole new meaning.

“This is the disruption era […] these old models [in wrestling] of old people talking, young people dying—it’s not the way the business is going to be five to 10 years from now.”

“The greatest resource for professional wrestling in generating a show is the wrestlers. If you hire wrestlers and don’t let them have freedom of expression, you’re doing yourself a disservice. In the golden age of wrestling, these were men and women who knew, ‘Here’s my time. Here’s my finish. That pay-per-view six months from now—I know I gotta get there.’ But today, we’re allowed to go out there and create. This era of people trying to control every aspect of creation kills creation. There’s no micromanagement in AEW.”

Cody Rhodes seems to have a vision for a different type of pro wrestling company. Hopefully, the fans will gravitate toward a more authentic presentation of pro wrestling. If anything, they will be on a big enough television stage to really get their message out there.