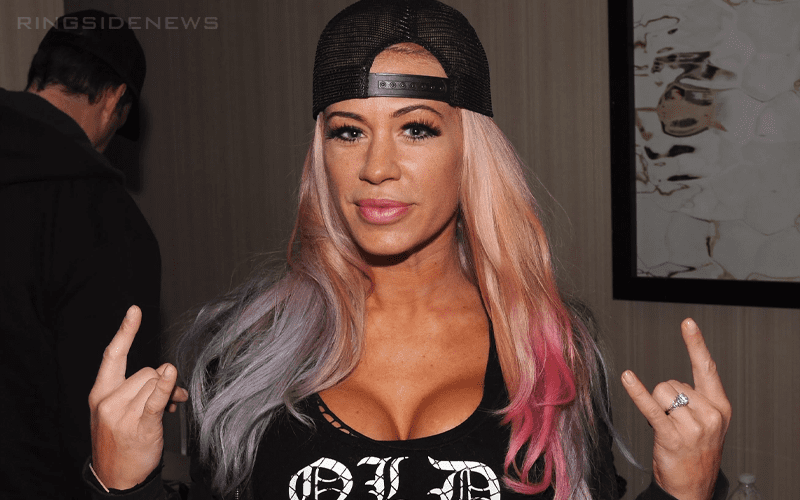 Ashley Massaro died tragically on Thursday. She was only 39-years-old. After the pro wrestling world reacted and her daughter sent out a gut-wrenching tribute to her mother we now know even more details about Massaro’s passing.

The Blast reports that Massaro died of an apparent suicide. This is indeed a sad situation.

Massaro was working for a radio station at the time of her passing and she didn’t show up to work that morning without calling in. This was said to raise a big red flag. Eventually, authorities were called to her house where she was discovered. They worked on her with CPR, but she was pronounced dead after arriving at the hospital.

Several people who knew Massaro well indicated through social media that she took her life. However, former WWE Superstar Shelly Martinez claims that a message allegedly sent out by her on Facebook is fake.

We previously reported that other people who knew her well also alluded to suicide being the cause of her death. This is indeed a heartbreaking situation.

Ashley Massaro did love her fans and tweeted out a day before her passing that she had mailed out responses to clean out all of her fan mail. That tweet was the final one she sent out.

Out thoughts are with all involved in this tragic situation.