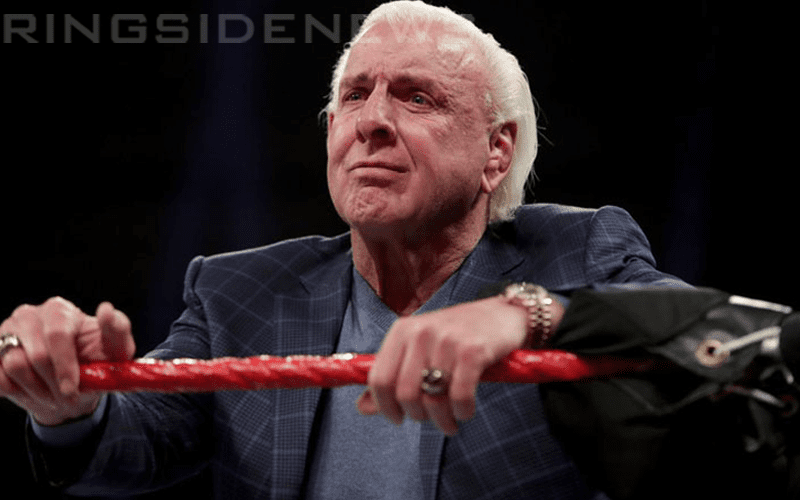 Ric Flair was reportedly rushed to the hospital and the condition was said to be serious. Apparently, those first reports are a little blow out of proportion according to Flair’s son-in-law Conrad Thompson.

While on a Starrcast media call, Conrad Thompson started things off by addressing his father-in-law’s condition. He said that TMZ made it sound far worse than it really is. In fact, this was a planned procedure.

It is said that the family knew about this procedure and Ric Flair wanted to have it done before the Starrcast event in Las Vegas. He did not specify what kind of procedure Flair was having though.

This is great news and hopefully, it means that the Nature Boy will continue Styling and Profiling for years to come.