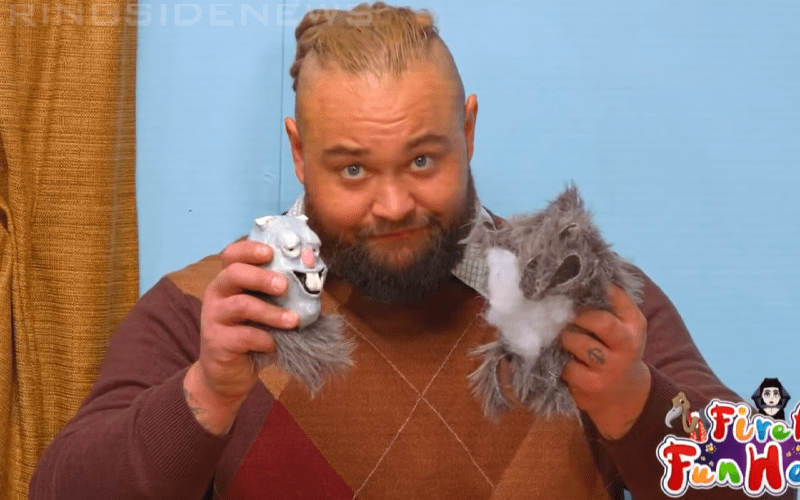 Bray Wyatt’s Firefly Fun House was his vision and he was a part of every step of the process. After all, his career was in need of saving and this his new mask helped breath new life into his character.

Busted Open Radio had the opportunity to speak to Jason Baker and he discussed the creative process of bringing the Eater Of World’s new character together.

“Oh, he’s the brain child, man. Like again, I can’t just sit here and be like I did everything, no. It was a group effort. He was, you know we’d be up 3 and 4 in the morning I’d wake up and go to sleep with text messages from him you know just spit balling ideas back and forth with each other and things. You know between him and Nick and Tom and everybody else we just all brought our little two cents to anything and you know I think that’s why it’s a success. It wasn’t just one person, it was a group effort. It’s either everyone goes home empty handed or everyone gets a Super Bowl type situation so yeah it was definitely a fun collaboration

Bray Wyatt had a lot on the line when he created this new character extension. It certainly seems to have paid off so far. Hopefully, WWE will know how to take this creative vision from so many collaborative forces and translate it into the ring.