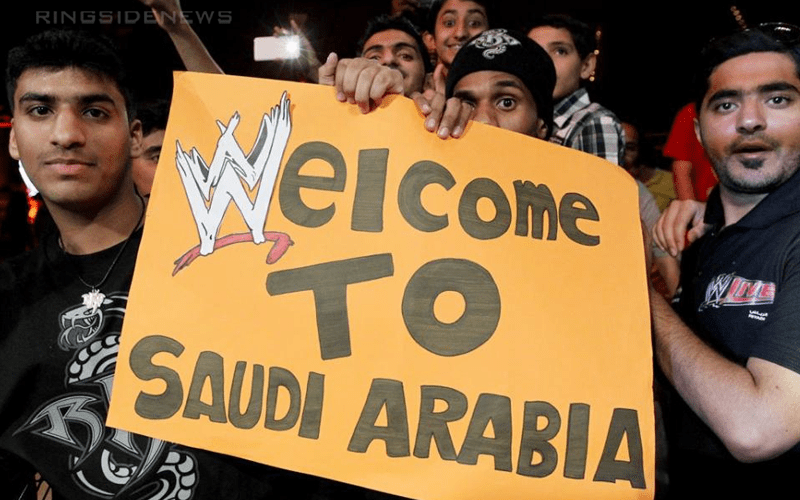 WWE’s next Saudi Arabia event will be Super ShowDown on June 17th. The company previously announced The Undertaker vs Goldberg, Triple H vs Randy Orton, and a 50 man battle royal match. It is going to be a loaded card with more matches likely to be announced, but is everyone on board?

Daniel Bryan didn’t go work the Crown Jewel event out of moral reasons. John Cena didn’t go either, but it wasn’t clear why he declined the trip. Roman Reigns also reportedly told WWE he didn’t want to go either, but that was before his leukemia caused him to relinquish the Universal Title and depart on a medical hiatus.

Mike Johnson said on PW Insider Elite audio that the current mood in the company is that the Saudis love Americans. They feel more than welcomed to perform there so there doesn’t seem to be much of an internal issue.

It is great to know that the Saudi Arabians treat WWE Superstars well, but that isn’t the big bone of contention about the KSA events.

Their controversial government commits a lot of acts that are highly publicized. We won’t get political here, but just type it in your Google search.

Still, if you want to see The Undertaker vs Goldberg in 2019 then tune into the WWE Network on June 17th to see it all go down in Jeddah.