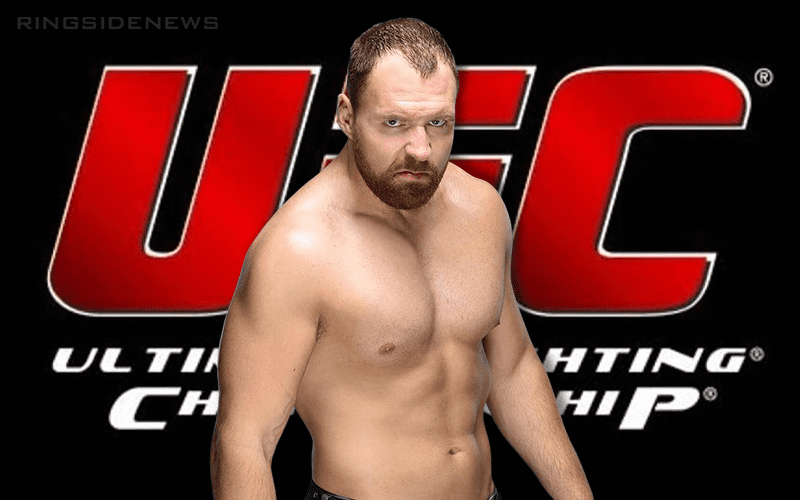 Jon Moxley is no longer Dean Ambrose, but he will probably be called “Dean” by some fans forever no matter what he does. The fact is we don’t know what Moxley will do next other than act in a film about MMA.

Sami Callihan recently spoke to Wrestling Inc where he said that nothing Moxley can do will surprise him. If Jon Moxley wants to compete in the UFC he’s going to do it. Then again, the door is always open to join him in oVe.

“He is the weirdest human being I’ve ever met in my life. I wouldn’t past him to do a fight with the UFC at this point. No one really knows what Jon Moxley’s gonna do. But I know if he wants to throw hands or jump into oVe, the door’s always open for him.”

Jon Moxley could do whatever he wants. He is a very hot name and fans would love to see him no matter where he decides to work. He is also not hard-up for cash after having a very successful run in WWE.

Impact Wrestling could land Mox which would make oVe very happy. Then again, he could opt to only work death matches for the rest of his career if he wants. AEW is also an excellent option. We will just have to wait and see, but we will let you know as soon as we hear anything right here at Ringside News.