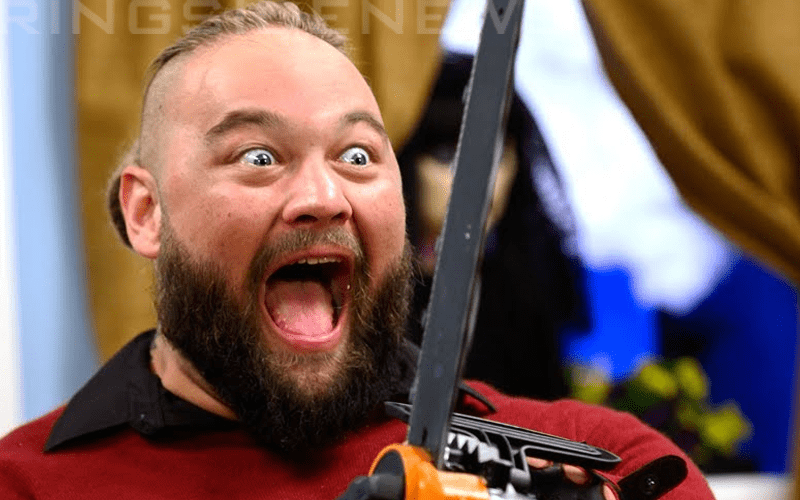 Bray Wyatt took some time off from WWE so his character could get a refresher. His girlfriend JoJo Offerman is also expecting the couple’s first child. When Wyatt debuted the Firefly Fun House fans saw what he was up to and few were disappointed.

The Firefly Fun House seems to be taking a dive into the world of PTSD. They are using some key words from therapy and hinting at serious trauma. Now it looks like this week could see something completely different happen at the Firefly Fun House.

Wrestle Votes reports that Bray Wyatt’s Firefly Fun House is going to take a dark turn which is sure to catch people off guard… in a good way.

One of the only things to look forwards to on tonight’s show… The Fire Fly Funhouse takes a darker turn. It’s going to catch people off guard. In a good way.

We will just have to wait and see what WWE and Bray Wyatt have in store for fans. They brought in some great people to work on these segments including a Hollywood director and The Undertaker was also said to have put in some creative flavor too.

RAW will be pre-taped from the O2 Arena today and you can get all of the spoilers right here at Ringside News, but it might be worth tuning in tonight just to see what happens on the Firefly Fun House this week.