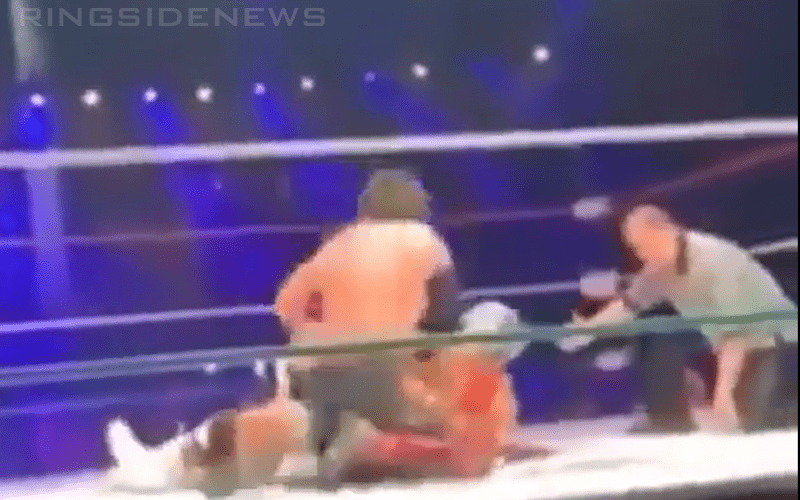 Silver King sadly passed away on Saturday evening shortly after competing against Juventud Guerrera. He was only 51-years-old.

We previously reported details about his passing that Silver King took a kick to the collarbone and did not get up. This was after Silver King nailed Guerrera with a clothesline and then after Juventud kicked out of a pinfall Silver King did not come to.

Guerrera rolled him over for a pinfall and got the three count. Then wrestlers and medical staff ran to the ring to assist Silver King, but it was too late.

This was a tragic event and since we live in a day where everyone has a camera in their pocket there was footage taken during the end of this match.

Video has now come to light showing the ending of that match. It is very difficult to watch so please be warned that it isn’t for the faint of heart.