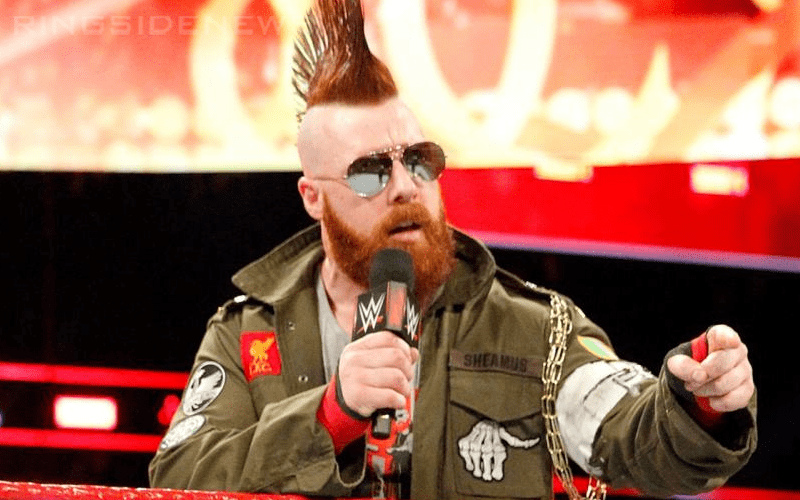 Sheamus has not been seen since WrestleMania 35 and he has missed everything since then on WWE television. He is reportedly injured, but there is no word yet on exactly how bad off he is.

The Celtic Warrior suffers from stenosis which is something that has cost wrestlers’ their career in the past. He is plenty tough, but everyone has their threshold.

Sean Ross Sapp said on Fightful Select’s Q&A that there was hope Sheamus would be able to compete at WrestleMania this year which he did. There is no update yet regarding the status of Sheamus’ injury, but he experienced his share of issues before being taken out of action.

“I had heard last year that there were a lot of people that were surprised that Sheamus could still wrestle as effectively as he could considering some of the injury issues and the pain that he had been in.”

“Honestly the thing I was told by one wrestler was that if he got through WrestleMania that would be really awesome. Not as if they were hoping that or the company was hoping that, but that wrestler personally was hoping that Sheamus could get through this WrestleMania and he did and that was about it. No update yet, but man, with a bad neck and then you get a concussion on top of that, that’s not hot.”

Sheamus’ tag team partner Cesaro was moved to RAW effectively breaking up The Bar. This left Sheamus on SmackDown Live, but he has yet to be seen since the show of shows.

The fact that nobody has announced the exact nature of Sheamus’ injury status is also a bit concerning considering that we know what he has dealt with in the past.

Hopefully, The Celtic Warrior can make an in-ring return, but in the meantime, he is still training as hard as he can to stay ready as he continues his recovery.