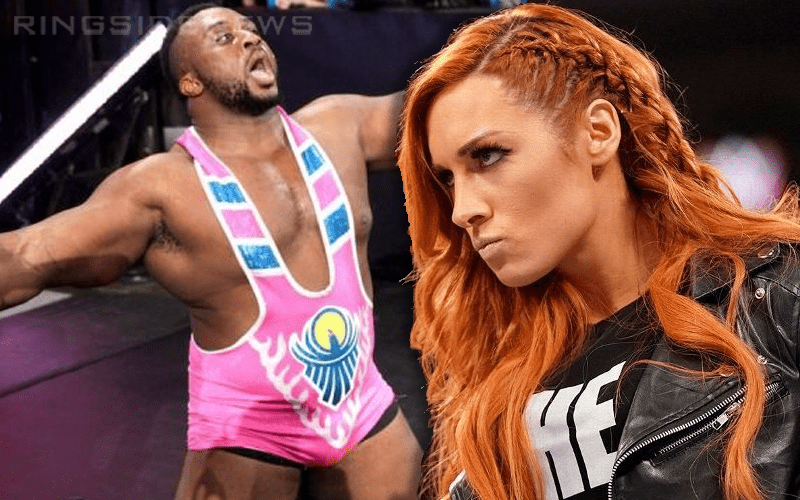 This continued well on into the night and people did not stop having a good time with the idea that Big E was trying to get with Lynch’s mom. Either way, Becky’s mother is married which The Man tried to point out, but that didn’t seem to matter.

Big E posted a picture of himself that was photoshopped to look like he spent much of the evening sitting back with yellow cleaning gloves on while he caressed a picture of Becky Lynch’s mom on his tablet. He had his wrestling gear on in this picture so it’s not a new image since Big E is out of action with an injury.

It looks like until Big E returns from his knee injury that he will continue to entertain us through social media. Hopefully, he can make a return sooner than later because fans certainly miss his antics.