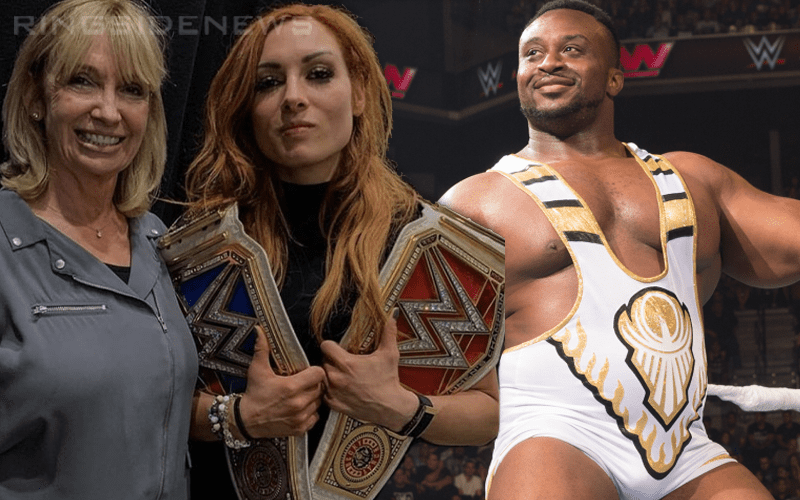 Becky Lynch is having a great time on WWE’s current European tour and that included meeting her mother backstage. We previously reported that Lynch took a shot at Lacey Evans while using her mother’s assistance, but that is not the end of the story.

Big E apparently saw this picture and really didn’t hold much back in regards to his intentions. So he threw down some chivalrous comments toward Mama Lynch that might work on a lot of women.

I would take my jacket off and toss it onto a puddle so Mama Lynch could walk across it.

Scratch that. I would lay my whole body in the puddle so Mama Lynch could walk across me.

Becky Lynch obviously saw this response under her verified mentions on Twitter and she had to reply. While trying to shut Big E down, The Man simply reminded the New Day member that her mother is married. However, her mother apparently has a burner phone that’s ready to accept international calls.

(Let her know I have some time off & I can be in Dublin by tomorrow.)

Big E was likely joking, but you know the best humor has some amount of truth involved. It’s not likely that Becky Lynch’s mother will be getting with Big E any time soon, but you never know where he’s willing to fly during his injury hiatus.