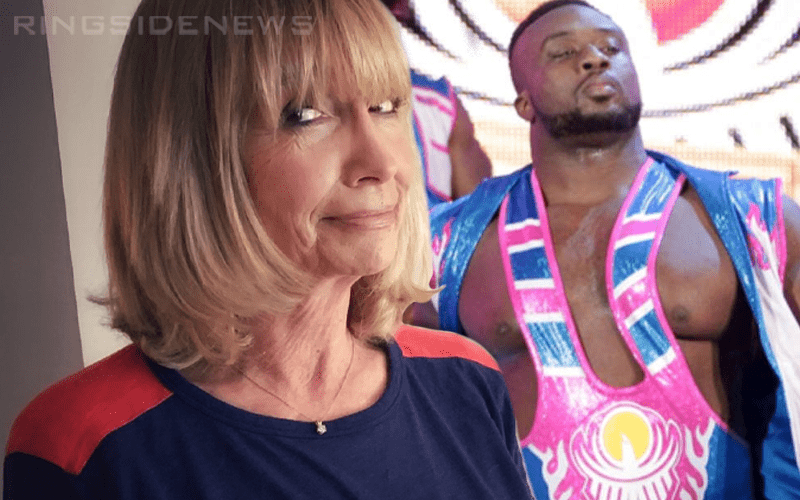 Becky Lynch invited her mother to the Dublin WWE event during their current tour. She had no idea that posting a picture of her mom would result in such a stir, but that’s what seems to have happened.

Big E commented and was very flattering toward Mama Lynch, to say the least. The Man tried to shut it down, but it seemed like her mother might have been game.

Then Lynch tweeted out a rather surprising message to relay to Big E on behalf of her mother.

She said if she can just install pedals on you she’s willing to risk it all.

Becky Lynch probably did not expect her comment to be so accepted by Big E as he quickly replied: “Oh, she tryna ride?” Then again, maybe she did.

This is not what she expected and hopefully, she won’t become Beck E Langston after it is all said and done. Then Big E had one more reply because, why not?

I would learn to become a cycling class instructor & offer Mama Lynch free classes just in hopes of seeing her post-workout glisten.

Needless to say, Becky Lynch is dealing with a lot of “thirst” for her own mother right now. Maybe the next time Mama Lynch visits her it will stay off of social media.