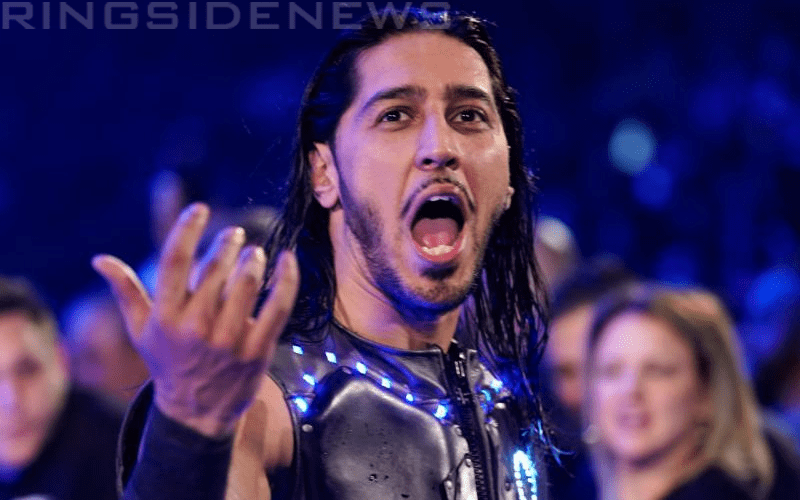 Ali has gone his entire career fighting a stereotype against him. He is a Muslim wrestling in America so some fans will have a natural bias toward him. He wrestled as a heel for a while on the indies, but he stopped because he realized that he was teaching people to hate Muslims. Now that he is in WWE the possibility is always there for him to become a bad guy once again.

During an interview with TalkSport, Ali spoke about possibly turning heel later on and how much that concerns him. He wants to present a positive influence for WWE fans, but the verbiage he would likely be given as a heel is not the kind of image he wants to represent.

“I do believe, honestly, that turning heel would concern me in regards to what I would be saying. I never have a problem telling the truth and sometimes it’s very easy to tell the truth and people don’t like it then boom, you’re a bad guy! I’ve done that role tastefully before I came to WWE and obviously, I’m still a Muslim-American just giving people the truth and they don’t like it. But right now, I think it’s undeniable from my perspective the impact that I’m having by being this positive – I don’t want to call it Muslim role model – but positive figure that happens to be Muslim and that’s the key about it.”

“We want people to know we don’t see the colour of skin, we don’t see lines in the sand, we just see human beings – boo me for who I am not where I’m from. That’s the message. So, I’m very very proud of the work I’m doing right now and I’d like to stay doing what I am right now but if there’s an opportunity for some character development, if there’s a bad guy role, I’m not opposed to it! Because at the end of the day I’m here to play a role, right? It doesn’t define me as a person but I’d like to do it tastefully by saying the truth and I think as long as I’m doing that I’d be ok with it.”

Ali is currently a babyface on SmackDown Live and getting a big chance to grab a brass ring and the Money In The Bank briefcase on May 19th.

His conviction to remain a positive influence remains constant as he continues his WWE journey. Perhaps he would see a lot of success as a heel, but it doesn’t sound like he’s willing to take that risk.