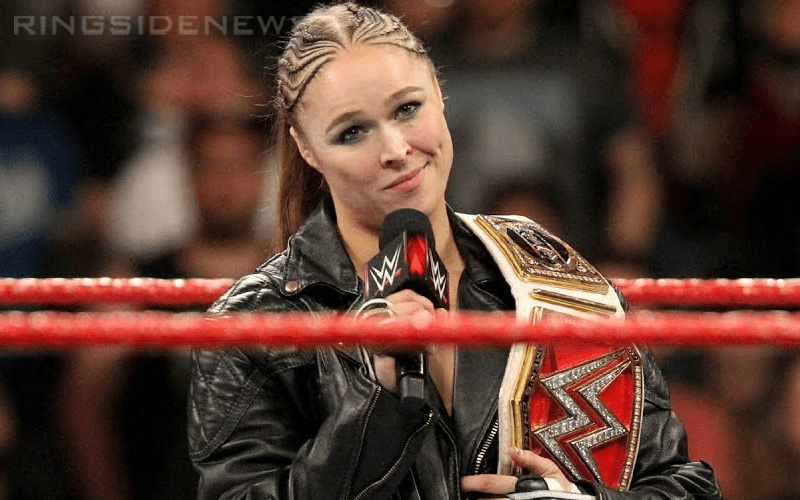 Ronda Rousey’s WWE journey went full-circle. She came in as an excited babyface, but left as a jaded heel. All the while she brought much-needed attention to the company as well.

Now that Rousey is on her “impregnation vacation” we’re not sure when Rousey will be back in the ring. After all, she could take one look at her child and decide that she doesn’t want to come back at all.

Brad Shepard said on Oh, You Didn’t Know that WWE is in a position right now where they really miss having Ronda Rousey around.

“What this shows to me is how WWE really misses Ronda Rousey. Tell me in the past year she didn’t make this division and bring them to new heights and make them relevant. She is actually severely missed right now on the main roster.”

The women’s main event at WrestleMania wouldn’t have happened without Ronda Rousey bringing the needed attention. As WWE continues to sorely miss Ronda Rousey, at least they are able to keep her around to do things like take part in the Fox Upfronts.

Rousey signed a three-year deal with WWE. This deal encompassed one year of full-time work which she has completed. Now she can be used however she wishes as it is really up to her.

You know that Vince McMahon would certainly find something for her to do if she picked up the phone tomorrow and said she wanted to come back. Until that happens, WWE might need to figure out another plan.