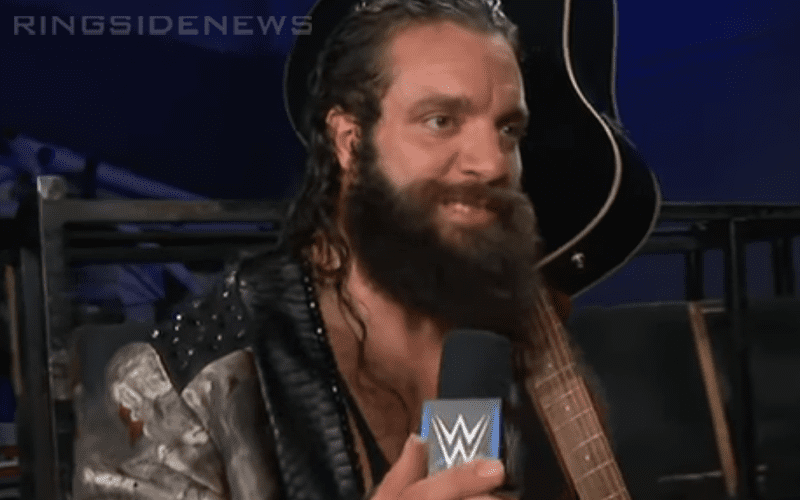 Elias and Roman Reigns did not appear on SmackDown Live last night and there was a very good reason for that too. They were both already on a flight to the UK to start WWE’s European tour.

If you would like our full results from last night’s SmackDown Live you can click here to know everything that did happen.

Elias is set to take on Roman Reigns at Money In The Bank on May 19th. This could be a big opportunity for Elias if he can take out The Big Dog, but it’s also likely to be another platform to launch Roman higher up the card once again.

It is not going to be that easy as Elias sees it because Roman Reigns isn’t the Big Dog he used to be at all.

“When Roman Reigns looks in the mirror he sees his true self: a weak broken down shell of what he used to be, but when I look in the mirror I see the greatest acquisition in SmackDown Live history. I mean the power of Elias is insane and the support has been overwhelming.”

We will have to wait and see what happens at Money In The Bank. WWE needs top stars on the heel and babyface side, especially on the blue brand. It would be nice if they could figure out a way to elevate them both in this feud.

Nothing really happened this week in regards to momentum though because both Roman and Elias were on a flight to the United Kingdom by the time the show went live this week.