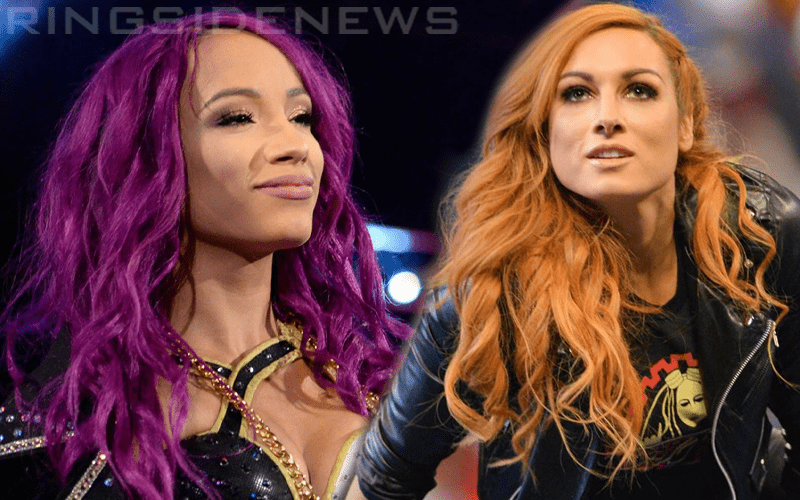 Sasha Banks’ situation is rather interesting as she told the company that she wanted to quit during WrestleMania 35. She didn’t like WWE’s booking, but the company would not grant her a release.

Now Banks and WWE are said to be in a stalemate and she is not traveling with the roster on the company’s European tour.

Becky Lynch recently spoke to Sports Illustrated when The Boss came up in the interview. Lynch had one thing to say about Banks and that was an offer to throw down followed by saying that she couldn’t hack it.

Come fight me, Sasha. At one time, Sasha Banks was the top dog, she was ‘The Boss,’ but Sasha’s fallen from grace. It seems like she can’t hack it. Let’s prove something. I know we’ve had tremendous matches back in NXT, and it’s been an age since we stepped in the ring together, and I would love to again, but this is a whole different kettle of fish. This ain’t ‘The Lasskicker’ anymore, this is ‘The Man.’ I would love to go toe-to-toe, ‘The Man’ vs. ‘The Boss,’ to prove who is the top dog now.”

We will have to wait and see how the entire situation works out between WWE and Sasha Banks. If they continue on with Banks simply not working for so long you have to wonder if WWE intends on never letting her out of their contract.

If you ask Becky Lynch she has a much different take on the matter.