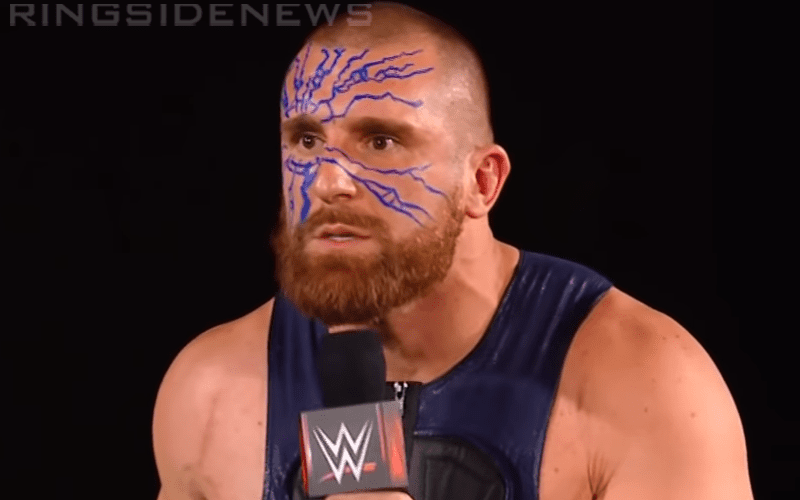 Mojo Rawley’s new gimmick is very interesting. He is intense and speaking about deep stuff like he’s on a therapist’s couch. He also has blue veins painted on his face now.

Rawley made his in-ring debut with this new gimmick on Main Event last week, but the only way he was on RAW this week was via a dark segment that aired only for the Cincinnati crowd.

During RAW last night, the IIconics came out just for the crowd to cut a promo while the show was on a break. It looks like Mojo Rawley got the same treatment.

During this promo, he had a lot to say. It sounds like he’s getting in tune with the man behind the hype. Hopefully, it translates to something because he’s under WWE contract for quite a while.

“Y’all thought you knew who Mojo Rawley was. But as always, y’all were wrong. You see, I spent a lot of time recently reflecting upon the shattered man that I saw looking back at me in the mirror, holding myself accountable for all of my shortcomings and all of my weaknesses. And that takes power, that takes more power than any of you possess. Any of you would go home late at night and you look at yourself in the mirror and you see failure. You see failure and you do nothing about it. Well, that ain’t me! That ain’t Mojo Rawley, and now I’m here, I’m finally here, ready to show the world what I’ve salvaged.”

We will have to wait and see if this new gimmick is able to help Mojo Rawley’s career. It’s a good sign that they are at least giving him promos and releasing them on YouTube after the show is over.

However, it might be a better sign for him if WWE would have aired his promo during RAW.