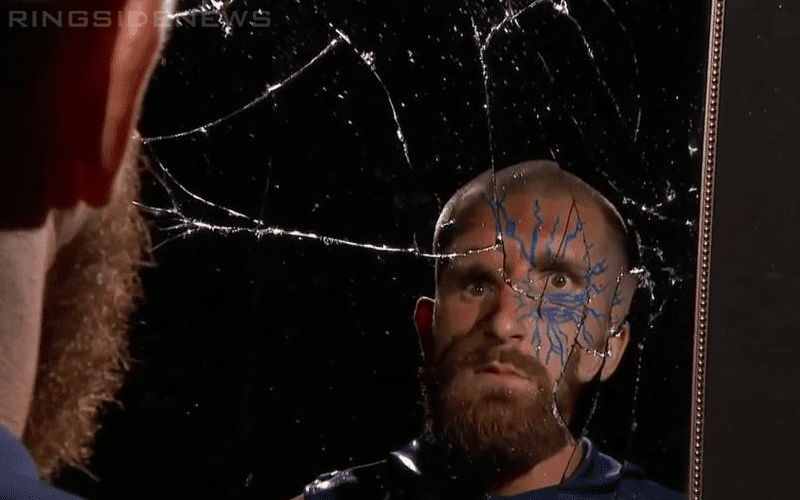 Mojo Rawley will be around WWE for quite a while under his current contract, but Mojo didn’t come from the football world just to be an undercard guy in WWE.

Rawley has teased a new gimmick for the past several weeks where he looked in a mirror and gave himself some motivational speeches. They were weird promos, especially with no context. Now Mojo’s new gimmick has finally debuted after a bunch of introspection and self reflection.

You can check out the full clip of Mojo’s debut on our Official Instagram Page. It’s worth checking out because this new gimmick is interesting.

If you’d like it summed up, it’s pretty much the same thing Mojo was doing as a heel with even more intensity (if you can imagine that). He might not be too hyped anymore, but that anger is even more noticeable. He also kept those blue veins painted on his face which is an interesting touch.

After winning the Andre The Giant Memorial Battle Royal at WrestleMania a number of years ago, it seems that Mojo’s in line for something. This new gimmick debuted on Main Event, but he could very well get a push out of the deal.

Hopefully, something works out for Mojo Rawley. If anything, WWE needs to keep him happy just in case they are able to snag Rob Gronkowski to a contract as Stephanie McMahon teased a while ago that they were talking to the former New England Patriot who also happens to be best friends with Mojo Rawley.