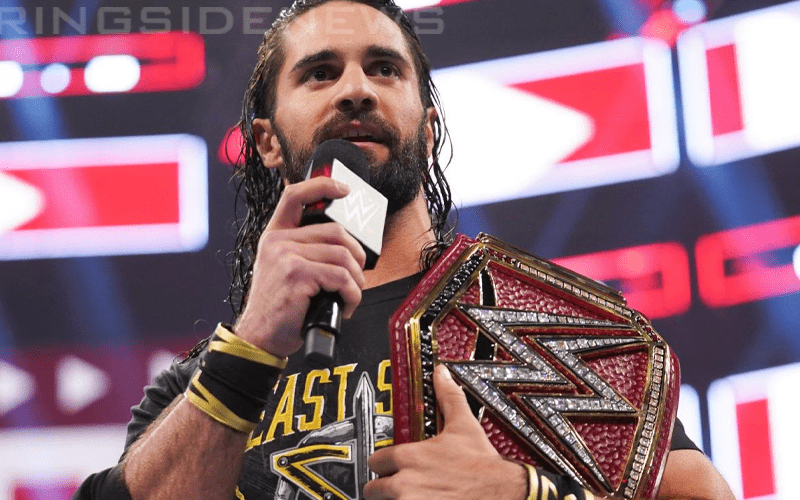 The Wild Card Rule is now a thing in WWE. This means that Superstars can essentially switch brands whenever they like. However, title matches are likely to stay brand-specific.

A tag team match was set for RAW this week between AJ Styles and Seth Rollins vs Bobby Lashley and Baron Corbin. Of course, Styles and Rollins are set to face each other for the Universal Title at Money In The Bank.

After some shenanigans, the babyface team of Styles and Rollins lost to the heels. Dave Meltzer noted on Wrestling Observer Radio that since Baron Corbin scored the pinfall on Rollins during RAW that he could be next in line for a Universal Title shot.

“You better hope that they’re not booking logically because that means Baron Corbin will be getting the next shot at Seth.”

“As far as house shows go they are doing that match, yeah. Wonderful.”

Michael Cole made a point to say on commentary that Corbin pinned the Universal Champion. As we previously reported, Seth Rollins vs Baron Corbin is currently being promoted for the Extreme Rules pay-per-view in July.

We will have to wait and see what WWE decides to do going forward. Something needs to be done. Hopefully, they can turn things around and drive up viewers.

If anything, WWE television should attract fans with a twisted curiosity to see what Vince McMahon will come up with next week.