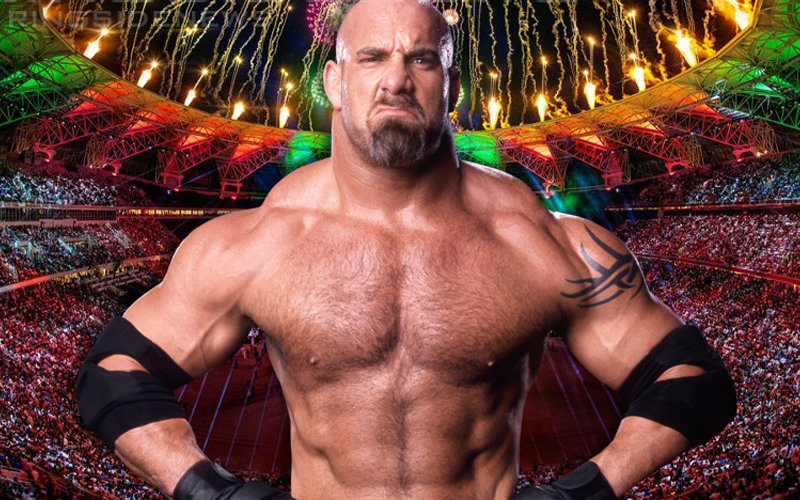 There are two schools of thought right now in the pro wrestling world regarding how WWE feels about AEW. One theory is that WWE isn’t worried at all about All Elite Wrestling while the other says that WWE is doing everything they can to squelch the upstart promotion.

We previously reported that Dave Meltzer said one of the chief reasons why WWE made the call to Goldberg is because they want him away from AEW. However, that might not be entirely the case.

The fact is that WWE has zero control of their Saudi Arabia events. WWE is seen as a propaganda arm by the Saudi Royal Family that they can pretty much dictate. This is why Vince McMahon went all out finding a sumo wrestler when they requested to see Yokozuna. Sadly, Yoko passed away in 2000 at the age of 34, but the Saudi Prince didn’t know that.

Brad Shepard reports that WWE reached out to Goldberg because the Saudi Royal Family requested it and it’s as simple as that.

According to a source in #WWE, Saudi royals requested Bill Goldberg for their show, which is why the company reached out to Bill for the event. It had nothing to do with AEW, as speculated by Dave Meltzer.

The Saudi Royal Family, particularly the Prince is a fan of WWE, but he only knows of the product from a long time ago. Thanks to all of the cash that KSA is dropping on WWE, they will do whatever it takes to make them happy.

Therefore, WWE is delivering Goldberg to Jeddah. The big question we have now that hasn’t been officially announced is who will be Goldberg’s next opponent if he does end up working an actual match.