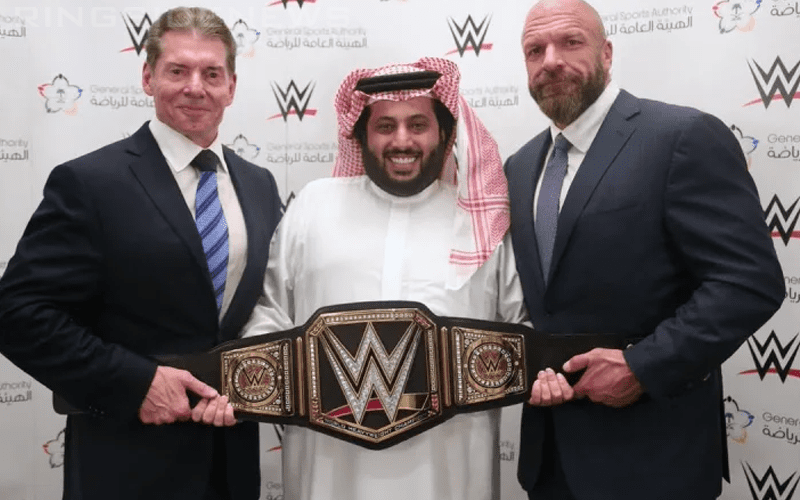 WWE’s on-going partnership with the Kingdom Of Saudi Arabia is losing a lot of fans, but it’s not easy on WWE either. The date for the next Saudi Arabian event needed to be changed, but it wasn’t WWE’s doing. Saudi Arabia just wanted them to come on a different date.

Dave Meltzer spoke on Wrestling Observer Radio about how much control WWE really has with their current deal. The answer, in short, is that they have very little say in what happens or when it takes place either.

“This is not [WWE] goins, ‘Oh we can’t come on May 3rd, let’s move it to June 7th’ — it’s like ‘No we asked for May 3rd, we’ve changed our mind. We want you on June 7th.’ Then they have to rearrange everything because that’s when Saudi Arabia asked for them to come.”

It was also noted that Saudi Arabia could change their minds about when they want WWE to bring their show to the controversial country once again.

This is not a deal that really helps WWE plan anything out because they are apparently dealing with an entity that cares very little about everything that needs to be in place in order to make a WWE event happen, especially on the scale that WWE is expected to bring to KSA. Either that, or the Saudi Royal Family is just oblivious to all of the details needed to put on the spectacle that they want from WWE although they are also wanting the company for propaganda purposes as well.

It really makes you wonder if it is worth the money for WWE. Obviously, that answer is yes because they not only agreed to the decade-long deal, but they also keep changing things at KSA’s request.