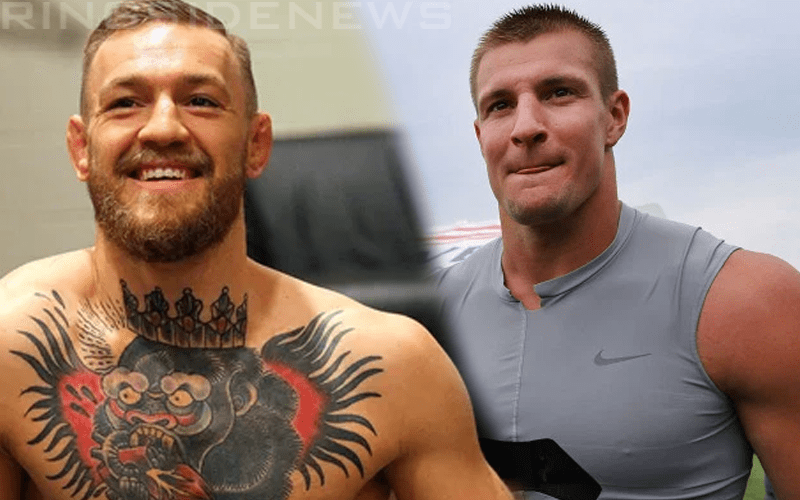 WWE is the destination for a lot of people, now it looks like the company could have their eyes on two more huge cross-over athletes.

Conor McGregor announced his retirement from MMA and then he sort of changed that story to imply that he would fight again if the money was right. Vince McMahon has a lot of money and this is a known fact.

Rob Gronkowski also recently retired from the NFL and he really did leave the New England Patriots. Of course, Gronk and Mojo Rawley are often teased as being a potential tag team in WWE so we will just have to wait and see if that happens.

TMZ caught up with Stephanie McMahon and she said that WWE has had some conversations when asked about both McGregor and Gronk. You never know how in-depth those talks might have been, but it is certainly interesting.

With WrestleMania coming up in a matter of hours we can only wonder what the show of shows will look like next year and whether Conor McGregor and Gronk will have their names plastered on the marquee in Tampa.