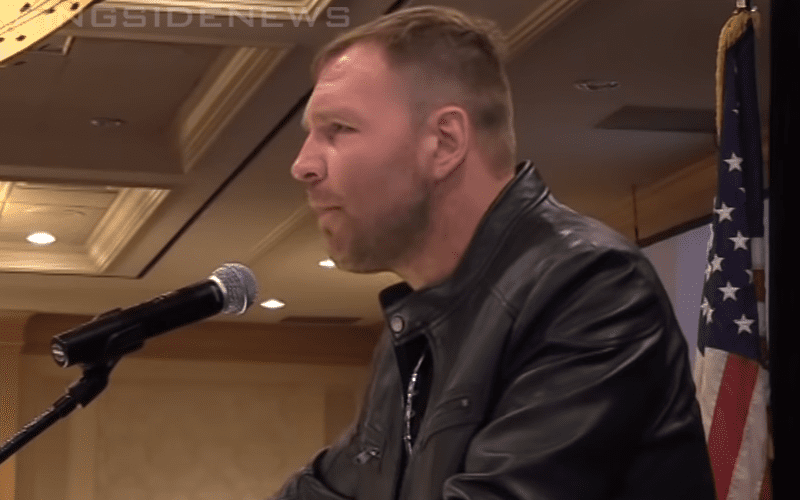 Jon Moxley, better known as Dean Ambrose to WWE fans is no longer under contract with Vince McMahon. He recently broke out of his former “prison” if you’re going to take the metaphors in his Moxley hype video seriously. Now he is able to do as he pleases.

The former WWE Champion was there to honor Cody Hawk during the Cauliflower Alley Awards. Hawk is a man who was very influential to Moxley as a trainer.

While inducting Hawk, Moxley told a story that started in Cincinnati Ohio many years ago. Jon Moxley said that his teenage years are not a period of time he remembers fondly, but things seemed to change when he stepped in the doors of the Heartland Wrestling Association and met Cody Hawk for the first time.

Jon Moxley said he was “directionless” and he was very troubled, but he liked wrestling. In fact, wrestling was the only thing that a young Moxley did like. Cody Hawk was able to take that passion and help Moxley find something pretty special.

It was a pretty great speech for Moxley as he provided an introduction for Cody Hawk to take the stage. You can see the footage below to watch how well Ambrose can talk when he’s using his own script.