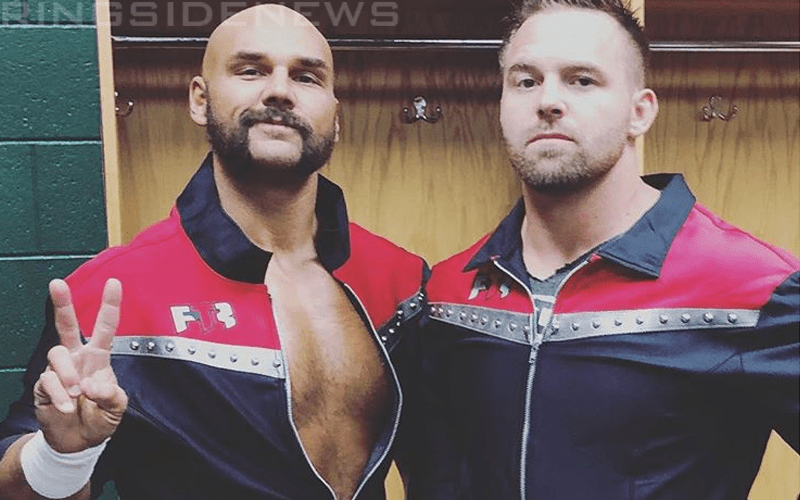 WWE isn’t giving The Revival much love at all. In fact, this week’s RAW was a way to humiliate The Top Guys in a lot of ways. Therefore, Dash Wilder and Scott Dawson aren’t likely to be getting any merchandise any time soon.

Seeing how only WWE Superstars who have pushes in line seem to get WWE merchandise, The Revival’s Scott Dawson asked WWE Shop about getting some merchandise.

Obviously they didn’t hear back, but the team at OneHourTees who make all of The Elite’s merchandise as well our own Ringside News merch raised their hand.

This presented a very interesting option for The Top guys. Therefore, you never know if we could be seeing some FTR merchandise spring up some time very soon.

At this time, The Revival have huge WWE contracts on the table, but they have no intentions on signing anything until they can make sure how WWE is going to treat them.

This tactic hasn’t gone well so far. In fact, WWE even tacked on another three months to Dash Wilder’s contract due to missing action for three months with a busted jaw.