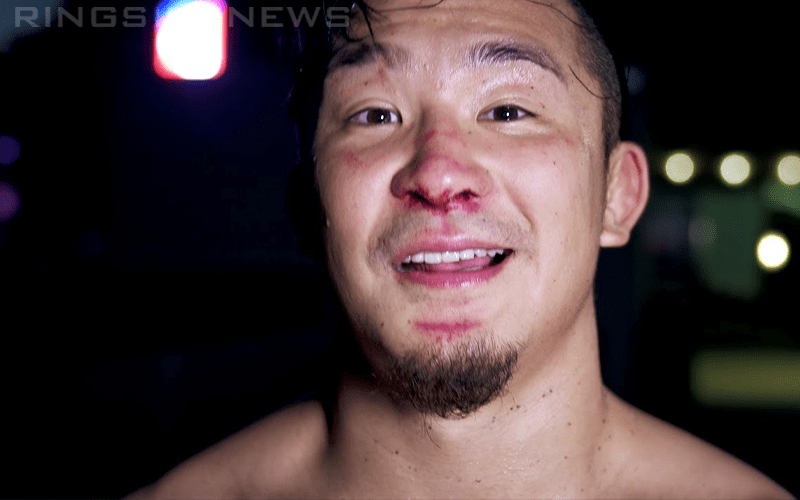 Kushida is a 6-time IWGP Junior Heavyweight Champion and his journey to NXT was a long one. He had to take a big risk when leaving New Japan Pro Wrestling, but it seems to have paid off so far.

WWE’s Performance Center uploaded a great video of Kushida’s in-ring debut with NXT. During that video we got to hear from two people who know Kushida well in Ivar and Erik.

The Viking Radiers said that Kushida welcomed them with open arms when they first went to Japan. The two were known as War Machine in NJPW and were highly acclaimed. However, now they are getting to welcome Kushida into NXT.

After defeating Kassius Ohno in his first match with NXT, Kushida spoke about how refreshed he felt. He said that he can sleep tonight because he is happy. Life is good for Kushida and that’s great to see.

Kushida risked a lot when he made the big jump to WWE from NJPW. It seems like after one match he was really confident that he made the right decision.

Kassius Ohno even busted Kushida’s nose open during that contest so his smile was even more prevalent while speaking about how great it is to be in NXT.