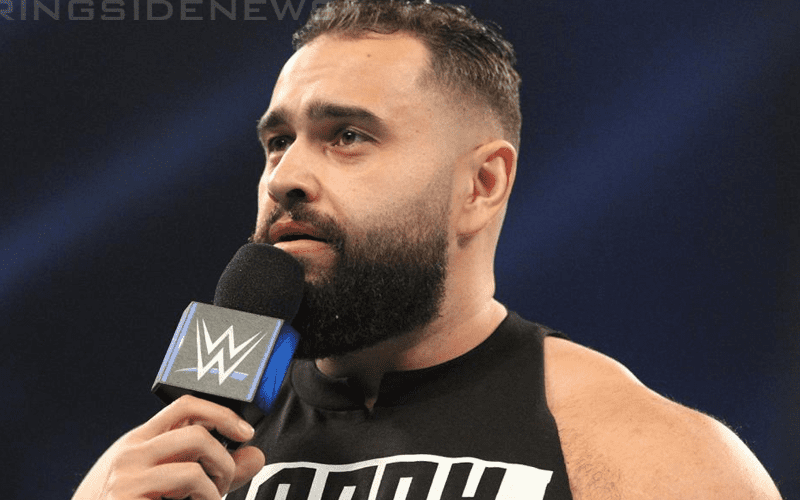 Goldberg is coming back to WWE for what we can only imagine will be a very short match in Saudi Arabia. However, no opponent has been determined or announced for Goldberg yet.

We have an idea of someone Goldberg could face because Rusev seems to be speaking up in a big way. It looks like he could be in line for another high-profile Saudi Arabia match if things work out for him.

Rusev previously competed against The Undertaker in a Casket Match at the Greatest Royal Rumble. That Saudi Arabia event didn’t receive near the backlash as the second one with mainstream media picking up WWE’s deal with KSA and John Oliver lambasting the company over their decade-long contract with the controversial country.

Rusev might be looking to take on Goldberg this time around as he tweeted out:

I won’t pick up #Goldberg when he trips this time around.

You never know what WWE will end up doing with Goldberg in the Kingdom Of Saudi Arabia. He might not even be wrestling in an actual match.

If Goldberg does lace up his boots once again it will likely be for a very short match. Rusev could certainly take a spear and a jackhammer before calling it a night. After all, he’s put over legends before in KSA.

One thing we can be certain of is that if Goldberg trips then Rusev is not picking him up.