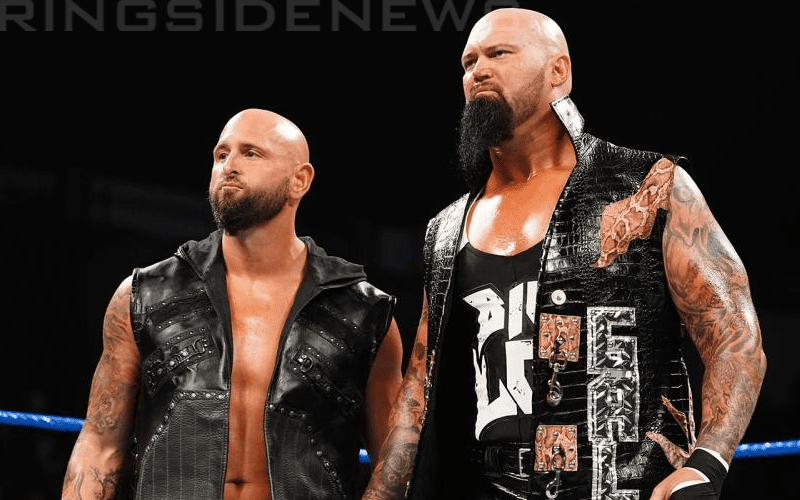 WWE has a few Superstars who are on their way out. Not everyone can be released from their contracts like Tye Dillinger and Hideo Itami though.

Luke Gallows and Karl Anderson turned down big offers from WWE and instead decided to ride out the remainder of their contracts before leaving.

Dave Meltzer noted in the Wrestling Observer Newsletter that the deals The Good Brothers rejected are probably in line to the ones that The Revival have declined to sign which were for $550,000 a year for five-years.

The belief is that Anderson & Gallows got an offer in the same region that they’ve also turned down. They’ve got 11 months left.

We previously reported that Karl Anderson and Luke Gallows turned down hefty contracts. Now it looks like they have one month shy of a year to wait for their release.

Gallows and Anderson are expected to exit WWE which means that their move to Raw likely won’t amount in much of a push unless it is just to be punished. However, fans of the Good Brothers can always hold out hope that WWE will figure out a way to use them in the meantime.