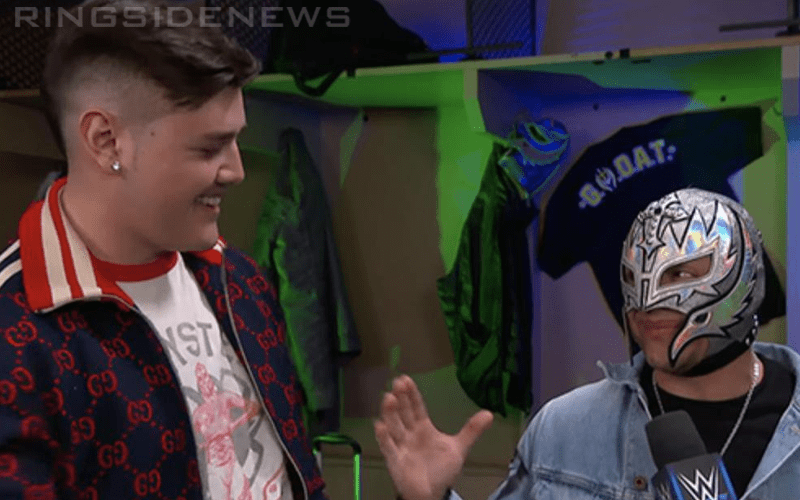 Dominick might be best-known for his role as a child in the Eddie Guerrero “I’m your Papi” angle where it was revealed in kayfabe that Latino Heat actually fathered Rey Mysterio’s son. Now Dominick is all grown up and much taller than his father Mysterio to the point where Rey can get on his son’s shoulders to celebrate a victory.

Mysterio registered a very interesting trademark recently which led a lot of fans to believe that Dominick was preparing for his in-ring debut. He trained with Lance Storm previously and now he is a part of a WWE angle once again.

We also previously reported that Dominick likely signed some kind of a deal with WWE as well. This is interesting because The Wrestling Observer Newsletter also noted that Rey Mysterio has plans to introduce his son as a wrestler.

Mysterio has, obviously, an angle set up with the idea of introducing Dominick as a wrestler.

WWE nixed a planned angle with Braun Strowman in order to carry on with Mysterio vs Samoa Joe. Therefore, Dominick could very well have some plans of getting his hands dirty in the ring.

We will have to wait and see what WWE has planned, but it could be very interesting from this point on as Dominick might be set to receive a huge boost very early on in his pro wrestling journey.