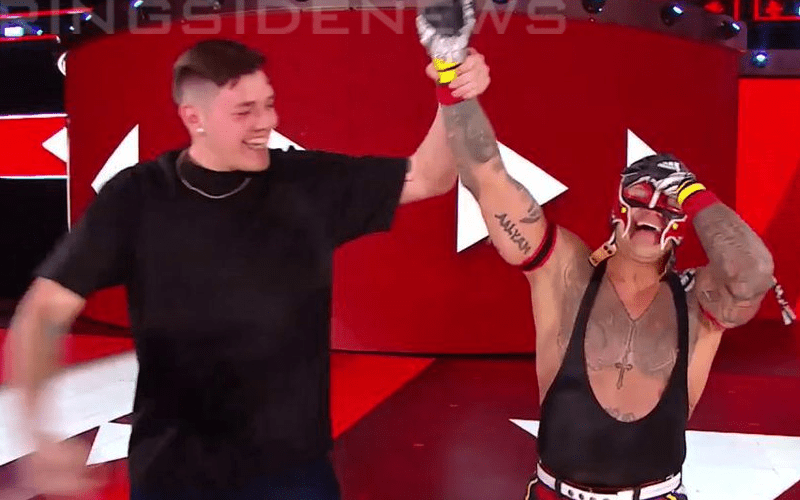 Rey Mysterio appeared on RAW this week with his son by his side. This reminds us a lot of the WrestleMania program that Mysterio was unable to really see out because of an ankle injury. That is the reason why his match against Samoa Joe was one minute long and Rey’s son Dominic didn’t take part in it as planned.

Mike Johnson said on PW Insider Elite audio that he is very confident that Rey Mysterio’s son Dominic has agreed to some kind of a WWE deal.

“Dominic has to be signed by WWE now to a WWE deal because now he’s showing up on a regular basis so he must be signed to something.”

As Rey Mysterio and Samoa Joe’s feud apparently carries on we just might see whatever was planned at WrestleMania at Money In The Bank. That is of course, if WWE gets around to booking the match.

Things could get very interesting because Dominic was trained by Lance Storm so he knows how to not only take a bump, but he is said to have a much more powerful moveset than his father. So don’t expect him to be doing many flips, but Dominic can still apparently do some work in the ring.