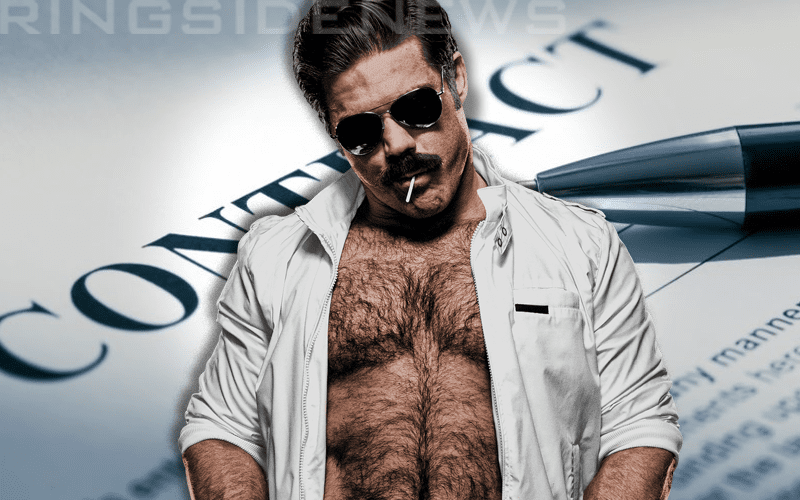 Joey Ryan dropped a huge hint last night that he will be signing with another company soon and he is bidding farewell to the indies. Rumors that WWE was talking to The King Of Sleaze also popped up last week and they very well might be more serious than some fans would hope.

Dave Meltzer discussed Joey Ryan’s contract status during Wrestling Observer Radio. He explained that the only reason WWE would want Joey Ryan would be to “ice him.” So if Ryan does sign with WWE it isn’t like he’s destined to be on RAW. If anything, he would be signed just so AEW couldn’t have him.

“I always hear about some of his bookings, but I didn’t realize how many dates this guy works.”

“The things with WWE is that WWE will pay people to take him off the board because they know he’s going to AEW. I mean that’s the one thing that’s going on there. I mean like I don’t know of them even contacting him for ten years and then like whatever it was last week they contacted him. They contacted him as soon as he got the Lucha Underground release with the idea that he’s being all over Being The Elite, but he’s not signed and everyone else on Being The Elite is signed. I mean I know they’re figuring he wouldn’t be all over that thing on AEW if those guys didn’t have ideas for him, but he’s not signed so now WWE can take a guy in the middle of those storylines.”

“I mean the impression I got was the offer wasn’t anything special. I mean they wouldn’t put him on the main roster, I can’t imagine that. I mean it would just to take him to ice him, that would be the only reason. To do that you’re going to have to make an offer on a certain level because you already know that AEW is going to make an offer on a certain level. I mean so, it’s interesting. I think the imaginations going on right now between AEW and WWE, it’s really interesting.”

Joey Ryan is bidding farewell to the indies. He hinted at signing with WWE by including a #RAW at the end of his social media update as well, but he could have always been throwing out a red herring.

We will have to wait and see what The King Of Dong Style ends up doing, but it really makes the most sense if he signs with AEW instead of WWE. Because WWE would just want to lock him down so others couldn’t benefit from his drawing power.