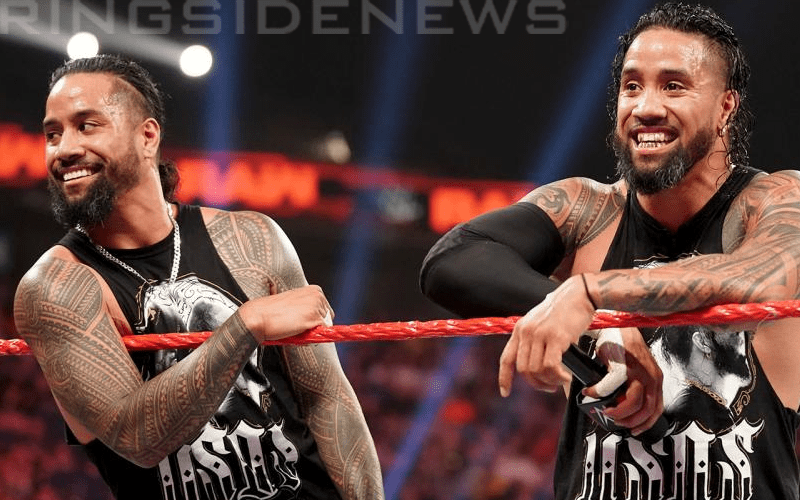 The Usos are a highly-decorated tag team in WWE and could be considered the best tag team on the planet. They won’t be able to prove that on the indies though because Jimmy and Jey signed new deals with WWE just last month.

Dave Meltzer noted on Wrestling Observer Radio that The Usos have started a new gimmick in WWE. So if you were wondering why WWE sent the twins out to the ring to sing over their entrance music then now you know it’s likely to stick.

“The Usos were trying to set that [sing-a-long promo] with their new gimmick. They’re trying so it was week one so you can’t say it didn’t work because they’re going out there and they’re doing this promo thing that they want everyone to do with them and they’re good enough that’ll it will probably work in a couple of weeks.”

The Usos do have an adrenaline-pumping theme song and now it looks like WWE’s plan is to have the audience sing along with them. This is why they put microphones in Jimmy and Jey’s hands and let they hype the crowd like they did.

This very well could become a fan-favorite part of the show. Now that WWE has the Usos locked down with longer contracts they are obviously giving them something that fans can attach themselves to even more. Hopefully, it works as they get the WWE Universe very hyped to be in the Uso penitentiary.