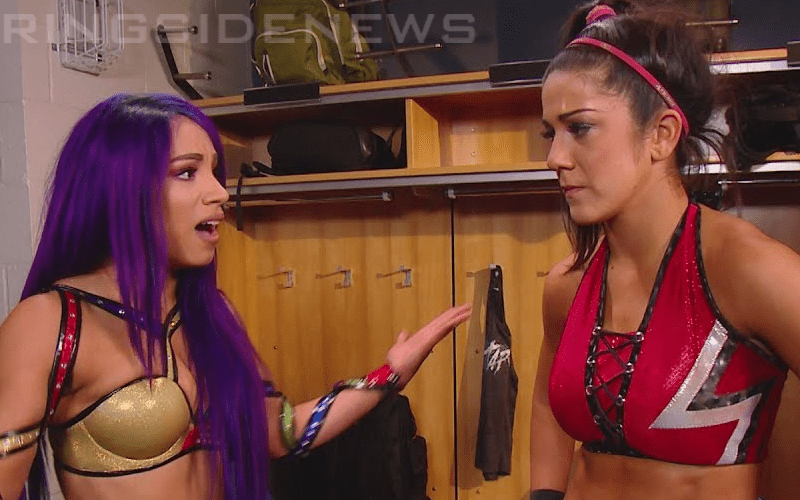 Sasha Banks might be a polarizing individual in WWE right now. She told the company that she wanted to quit because she didn’t want to lose the WWE Women’s Tag Team Titles. She also didn’t like the fact that WWE was splitting up her team with Bayley. The company didn’t let her quit and instead sent her on a vacation.

Mike Johnson spoke about how some in WWE are viewing Banks’ recent situation during PW Insider Elite audio. This is something that Superstars have two different opinions on. After all, there is always more than one side to a story when it is as complicated as this one.

“Banks’ reputation is really dependent on the person you speak to. Some people appreciate her passion and her work and how hard she fights to be seen and fights to have per position protected. Others will look upon her with a negative tint and look at like she whines, she’s complaining too much, she throws a fit too much and she’s no different than anybody else so why is she acting in a way that is so loud and boisterous and getting so upset over things? Everybody loses a title, everybody gets moved up and down the card.”

Sasha Banks does have her fair share of supporters who will stick by her side. She is an extremely hard working Superstar and wants to see her vision carried out as The Boss. As it turns out, this might rub some people the wrong way.

At this time, WWE and Banks seem to be at a stalemate as her Money In The Bank ladder match spot was seemingly given to Dana Brooke instead.