Sasha Banks has been the subject of some serious conversation in the past few days. She canceled on the Wendy Williams Show on the day they were supposed to tape. This reportedly left the Williams Show producers furious.

She also tweeted out some cryptic tweets as well following her loss at WrestleMania. Then she wasn’t around at all during RAW.

Some people are wondering what the issue is and as we previously reported it seems they are waiting out the situation. Now we have a much better idea about what she is up to.

Sasha Banks and her husband Sarath Ton are currently vacationing in the Dominican Republic with Kalisto and his wife. They all look really happy in the picture that Kalisto just put up on Instagram too so whatever family emergency Wendy Williams said The Boss had must not have been too time consuming. 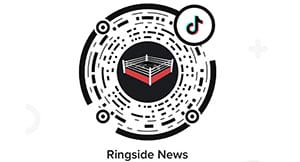