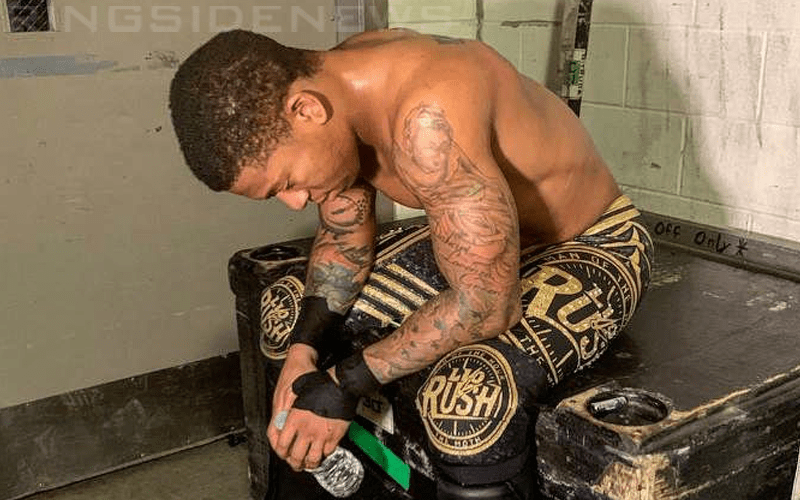 Lio Rush used to walk Bobby Lashley to the ring as his hypeman. Rush is great on the microphone and can draw a massive amount of heat from the crowd, but it looks like it might have gotten too real.

There are a lot of rumors going around and it looks like the ones concerning Lio Rush might have been right on the money. Because The Man Of The Hour was nowhere to be seen as Bobby Lashley took part in WWE RAW this week.

Bobby Lashley didn’t have Lio Rush talking for him at all on Miz TV. Instead, Lashley spoke about himself in the 3rd person so much that The Miz even called attention to it.

They talked about Bobby Lashley’s potential and how he’s been back for one year and everything he’s been able to accomplish. However, Lio Rush wasn’t mentioned at all. In fact, nothing was even spoken about Rush on commentary.

This is quite interesting considering all the backstage heat that is said to be on Lio Rush in WWE. As we previously covered, some said they would be surprised to see Lio Rush back on RAW.