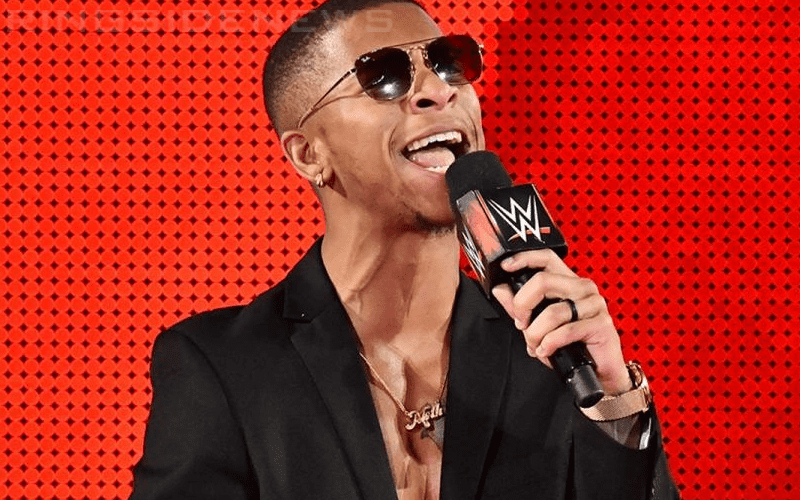 Lio Rush could be in the dog house in a big was with WWE. There was reportedly backstage heat with him last week as he didn’t even join Bobby Lashley for a dark segment after RAW. Now it looks like there could be more smoke to the heat.

As we previously reported some backstage doubt that Lio Rush will return to main roster television. There are said to be several issues with him backstage that have gotten management involved.

There was also said to be some issue between him and Finn Balor. This apparently involved the fact that Rush wants his wife around backstage at all times and her being present during rehearsals wasn’t the best look for Lio.

Now it looks like Lio Rush has done some remodeling to his social media since the reports of his backstage heat came out. Not only did he respond to these new reports, but he also took away his profile picture and included an email for “business inquiries” on Twitter.

It should be noted that as of this writing Lio Rush’s Instagram still says that he’s a WWE Superstar, but this change to his Twitter account has led some fans to wonder if he could be preparing for something.