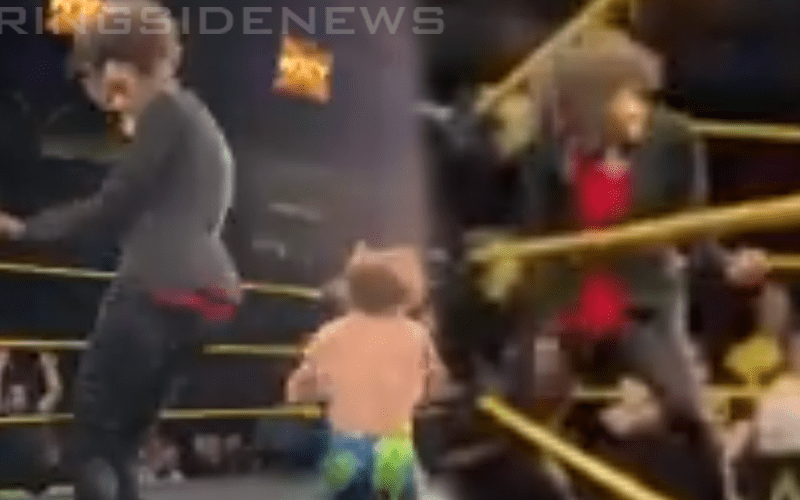 NXT is making some changes just like the main roster. It seems that they are shuffling talent once again. Kayla Braxton was recently moved to the main roster leaving her NXT ring announcer duties behind. Now her replacement is stepping up and fitting in quite well.

As we previously reported, Alicia Taylor has been working NXT Florida events, but since Braxton is no longer with NXT, Taylor is on the road for the first time.

Alicia Taylor should know how to rock out because she has a lot of experience as a rock n roll drummer. As you can see, she had no issues with the air guitar at her NXT road trip show.

Eric Bugenhagen is a fan favorite and used to rock out with Kayla Braxton all the time. Now it looks like he has a new person to play air guitar with in the ring. Taylor even threw in some air drumming too because that’s what she does on the side.

You can check out a clip below thanks to NXT’s Twitter.