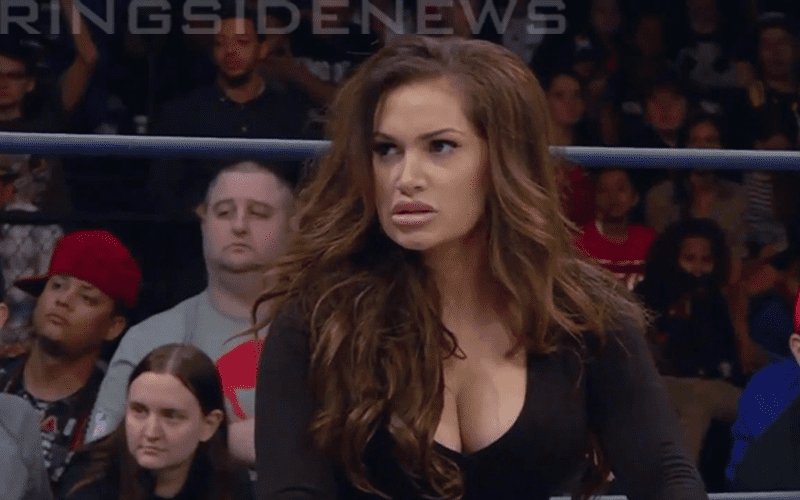 Reby Hardy had a very interesting WrestleMania weekend, to say the least. She especially had a unique time at the WWE Hall Of Fame Red Carpet.

For the record, WWE Superstars go all out with fashion on the WWE Hall Of Fame red carpet. If you want to check out some of the best looks from this year click here.

Apparently, an interviewer actually asked Matt Hardy if he was attracted to his wife because she looks like his brother Jeff. For the record, Reby Hardy did her hair up with some colored tips. However, she still didn’t look anything like the Charismatic Enigma.

Needless to say, she held this in for far too long and had to vent everything on Twitter today.

Something super BLEGHHH happened a few weeks ago & I wasn’t gonna say anything about it…but I’m still cringing, so now you all have to hear about it

It happened on the WWE Hall of Fame red carpet as me & @MATTHARDYBRAND were being interviewed, assembly line style

This is what we looked like, btw. For context. It’s important.

After a few interviews about our kids, home arcade, WWE2K, Hall of Fame inductees, etc. we came to our last interview of the red carpet. Its been a breeze up until now, how hard could these questions get, right ?

This interviewer compliments(?) my hair by saying it was *different* or iNtErEsTiNg or some other shady observation. Whatever, it’s not for everyone

I’m trying to stay professional, but I’m not good at hiding my feelings in my facial expressions so there’s a lot of this

So now I have no choice but to smile & nod through an interview with the man who just inquired if my husband was only sexuallly attracted to me because (presumably ?!) my hair reminded him of his REAL LIFE BLOOD BROTHER from like 10 years ago

And that, my friends, was my Wrestlemania moment & the reason why I’ll never wear green & purple hair ever again

This is a pretty big foul for this interviewer. They’re lucky that Reby Hardy was in a formal environment because if she was in any other setting the results of this encounter probably wouldn’t have been too pleasant for this clueless interviewer.